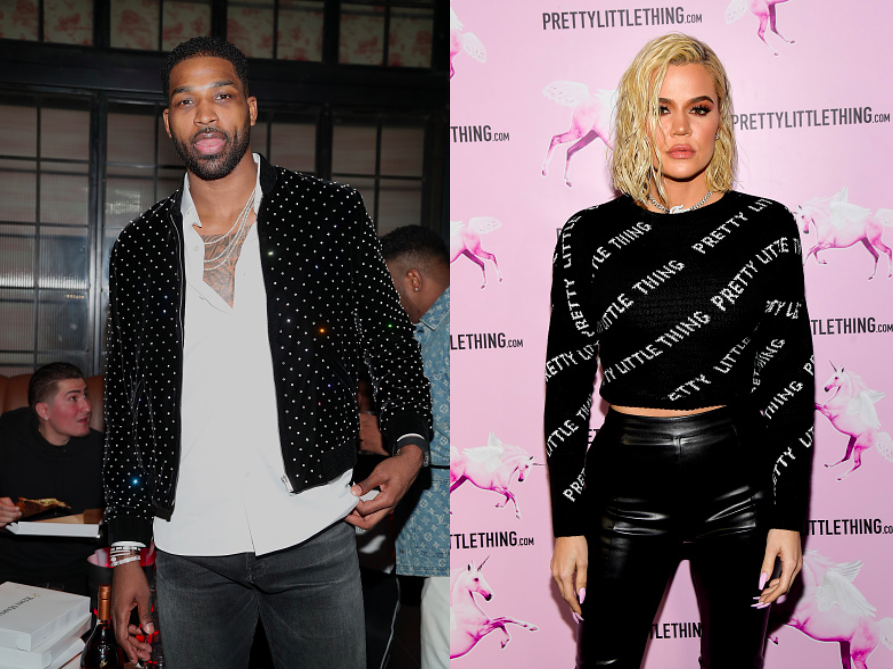 Up to this day, Khloe Kardashian has still not addressed the rumors that she and Tristan Thompson are back together.

There have been several reports saying they are, while some say they're just co-parenting.

However, a source told Hollywood Life that the parents of two-year-old True Thompson are definitely headed in a good direction.

Since the NBA superstar relocated to Los Angeles to be near the "Keeping Up With the Kardashians" star and their daughter, there have been talks of a possible reconciliation, and perhaps even pregnancy.

The source revealed that Koko isn't planning on letting everybody know about it for now.

"Khloe would keep it very quiet if she were to be pregnant."

The added, "She is keeping everything with what's going on with Tristan a lot quieter than she did before everything happened with Jordyn Woods," referencing the basketball player's cheating scandal that seemed to have broken him and Khloe up for good.

Instead of letting her millions of followers know about certain things about her life involving Tristan, the source added she would all be keeping it on the down-low as "she doesn't need the outside chatter or opinions."

Regarding Khloe Kardashian's second baby, the source told the outlet that the "Revenge Body" host would surely want another baby sooner.

Khloe has never been shy about wanting another bun in the oven because she wants a big family similar to the Kardashian-Jenner clan.

But the 36-year-old social media influencer only wants those things to happen when she and Tristan are sure.

Meanwhile, the 29-year-old is also on the same page with her rumored on-again girlfriend.

The source revealed, "He'd love to have one with her as well, but they wanted to get to a place where they were rock solid again. Now that he's not playing ball, he's around every single day, and it's helped them both."

Tristan reportedly plans to stay in Los Angeles for as long as he can, as their relationship is said to be headed in a good direction.

Two weeks ago, Khloe's momager, Kris Jenner, stopped by "The Ellen DeGeneres Show" to tease about a possible KUWTK baby cliffhanger at the end of the series.

When the host noted how Khloe and Tristan have been hanging out a lot, and that there's a possibility that there would be an addition to Kris' grandkids, the Kardashian-Jenner mogul said, "You never know around here."

Meanwhile, Tristan Thompson is always known to have a wandering eye.

After his scandal with Jordyn Woods, Khloe seemingly overlooked his slip-up and forgave him.

But perhaps that would be the last of his mistakes.

It was reported that Kris Jenner made the athlete sign a contract that would require him to put $10 million in a trust fund for True.

Sources told Hollywood Life that there's a clause in the contract stating if Tristan cheats, he would be putting an additional $10 million in the account moving forward.

Tristan has a net worth of $20 million and an annual salary of $15 million, so it was pretty wild of the matriarch to expect that much money from him if he cheated once more.

"Of course, Kris hopes the contract will deter him from future bad behavior, but if it doesn't, she'll make sure there's a payday for her family."