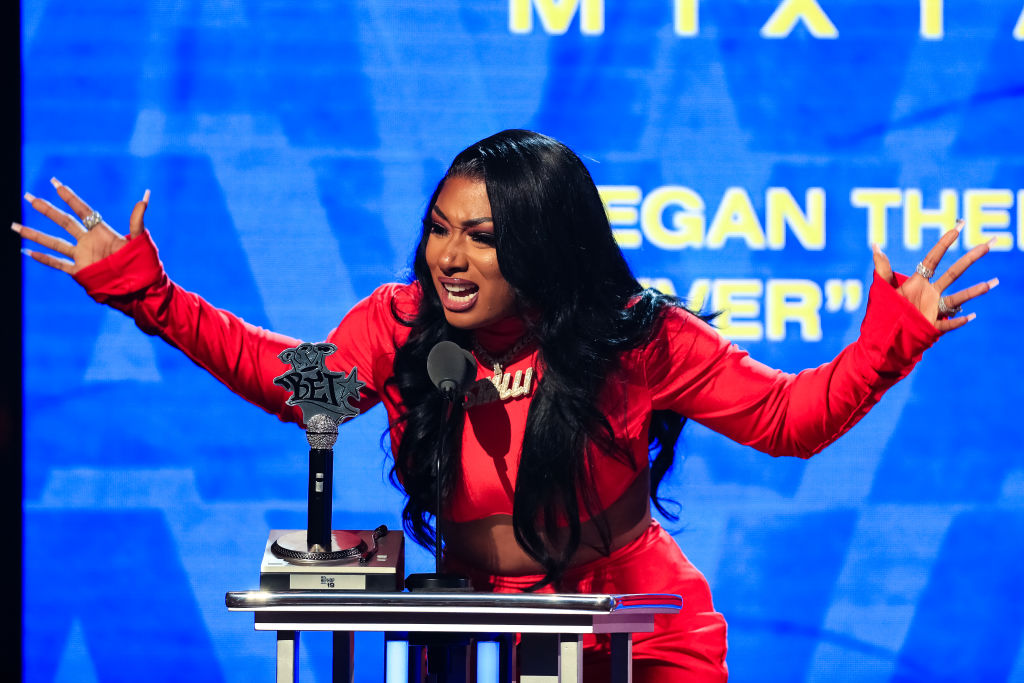 Tory Lanez, the suspect behind the shooting of Megan Thee Stallion, has been charged following his arrest.

On October 8, the Los Angeles Police Department released a statement about a rap artist who has been charged for assaulting a female friend.

The rap artist LAPD is referring to is Lanez, whose real name is Daystar Peterson. Meanwhile, the female friend turns out to be Megan Thee Stallion.

Per the Los Angeles County District Attorney's office, Lanez has been dealt two felony charges for two assault counts. One is for the semiautomatic firearm allegation and carrying of a loaded but unregistered firearm in a vehicle.

The authorities also alleged that he willingly caused injury to Megan.

Lanez is scheduled to undergo court proceeding on October 13, which will be held at Foltz Criminal Justice Center's Department 30.

"If convicted as charged, the defendant faces a possible maximum sentence of 22 years and eight months in state prison," the statement divulge.

What Happened Between Lanez and Megan?

The same LAPD statement revealed that Lanez and Megan argued while inside an SUV around Hollywood Hills.

When Megan exited the vehicle, the rapper allegedly shot her feet numerous times and left her injured.

According to TMZ's initial report that month, the "WAP" rapper only suffered from a cut due to a broken glass inside the car.

However, Megan clarified on July 15 that she got multiple gunshot wounds through a crime "that was committed against her." She also claimed that Lanez intentionally hurt her after the argument.

Since the report insisted that she was arrested, she explained on the same post that she was rushed to the hospital to remove the bullets from her feet.

View this post on Instagram
I was never arrested. This whole experience was an eye opener and a blessing in disguise. I hate that it took this experience for me to learn how to protect my energy. A post shared by  Hot Girl Meg (@theestallion) on Jul 15, 2020 at 11:07am PDT

Before Lanez, Megan's friend Kelsey Nicole initially faced the blame. Since she was also inside the same car, multiple news outlets believed that she committed the crime.

However, she set the record straight online and clarified that she is not the culprit.

"I want to clear up the the rumors that I shot Megan. I WASN'T the one with the gun and would never do something like that . However I was present," she wrote in a since-deleted Instagram update, per Billboard.

It was only in August when Megan named Lanez as the assailant. She said that her former friend was not in jail since she did not tell the police immediately what exactly happened at that time.

Meanwhile, the rapper has since denied the claims people threw at him.

The 28-year-old Canadian rapper did not stop his rebuttal there, as he is still defending himself.

Following the publishing of the press release by the LAPD, Lanez spoke up about the charges on his Twitter account.

The "Broke in a Minute" hitmaker pledged that the truth will come to light soon. He also took the chance to thank his fans and family who supports him amid the legal trouble before clarifying that a charge "is not a conviction."

In the end, he expressed his appreciation toward those people who supported him and Megan.