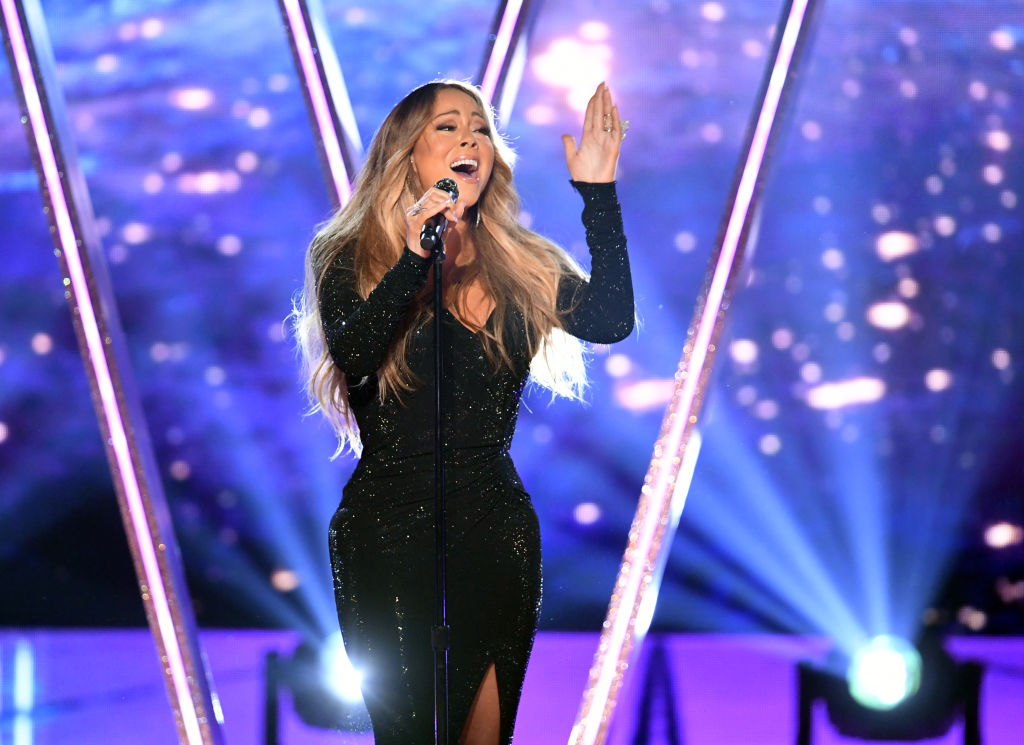 Mariah Carey breaks her silence regarding her infamous lip sync blunder in New year's eve to reel in 2017.

Considered as one of America's biggest New Year parties, millions of people witnessed how the legendary singer had a meltdown after botching her performance as she sang her 1991 song "Emotions."

Carey was caught lip-synching after the audio track malfunctioned, and instead of belting out her hit song, the "Songbird Supreme" pointed the microphone to the audience and let them sang to the background music.

"We're missing some of these vocals, but it is what it is. Let the audience sing," the 50-year-old songstress told the crowd at the time as she tried to maintain her composure.

Unfortunately, Mariah's performance meltdown did not stop there.

As she performed her third song "We Belong Together," Carey stopped due to technical glitch and was caught singing in a pre-recorded track.

Attempting to ignore the situation, she said, "It is what it is. It just don't get any better" before storming out off the stage.

Mariah Carey Speaks Out Regarding the 2017 New Year's Eve Special

Now, Mariah Carey is setting the record straight as she revealed the truth behind the New Year's eve mishap.

In her recent interview with Trevor Nelson for BBC Radio 2 show "Rhythm Nation," the mother-of-two shared how people mocked her at the time and even predicted that her performance was the end of her career.

Furthermore, the iconic singer-songwriter recalled how she was in bad shape at the time due to the complete exhaustion and fatigue that clouded her ability to perform.

Carey also mentioned how the public "made such a drama" about the incident.

"But now when we look back in retrospect, people, huge artists of the day, right now, stage breakdowns," she mentioned, adding: "They stage meltdowns, they have this, 'It's a scandal. It's a scandal. Let's have a scandal, oh I can't wait.' And it's so stupid because I literally say if "they" had given me two days of sleep, just give me two days and let me get back and then I'll do the video."

Carey also noted that she informed her producer regarding her physical state, but obviously, the last call was with the bosses and the show must go on.

"Knowing that I am not physically even capable of this because I was fighting against a huge corporation and a very, very powerful person that had a huge agenda of 'We are not going to allow her to rise above the nineties'. Or specifically to have any more big hits, and that's why when The Emancipation of Mimi era happens, it's such validation."

The host went to ask the multi-awarded singer what happened after the incident and for being "missing in action" for a couple of months.

The "Touch My Body" songstress shared that she retained a connection with her fans and made an effort of personally reaching them.

"I did have a connection with my fans, and I did make this phone call that everyone was like, 'Oh, my God, why is she calling her fans directly?' They didn't understand; we had already been doing that."

Moreover, Carey thanked her loyal supporters for being her family and being by her side even in her darkest moments.

While the New Year's blunder was certainly a bit embarrassing, Mariah Carey should be commended for her professionalism. It doesn't also seem that her popularity was affected, as she remains one of the most looked-up-to music icon in the entertainment industry.