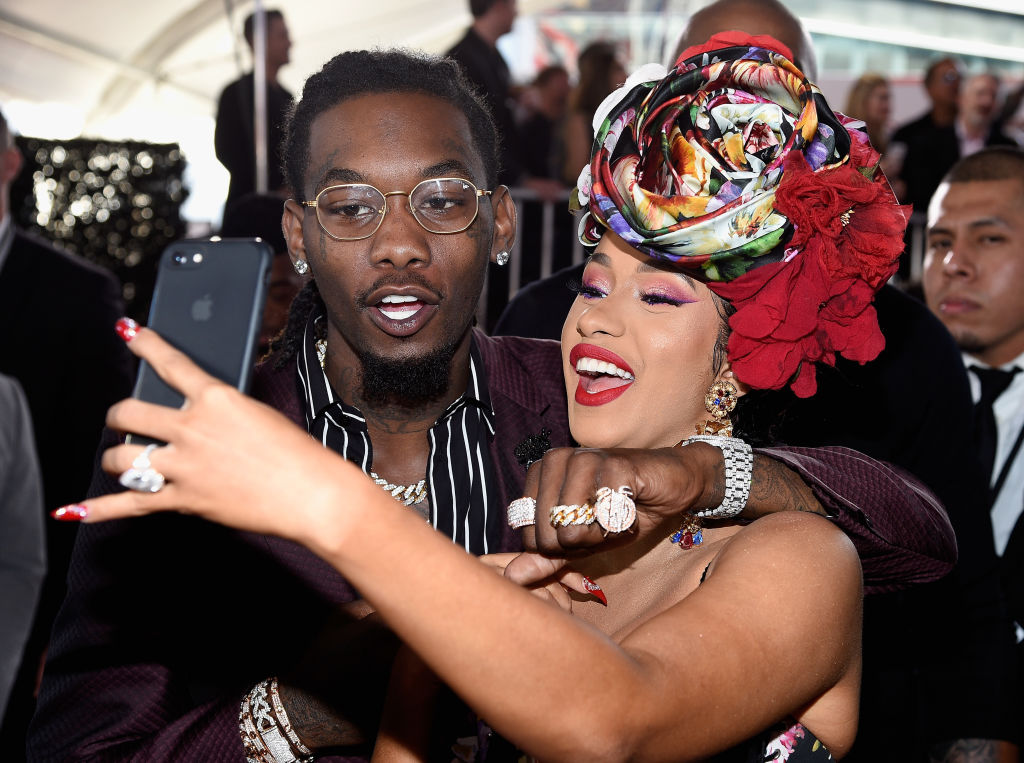 Cardi B made sure she welcomed her 28th birthday with a bang. Despite filing a divorce against her husband for three years, Offset, the rapper had a fun and unforgettable night to remember.

But it seems like the "WAP" hitmaker's celebration went a little too far as it ended with her explicit photo all over the internet. After a presumably fun and drunken night, Cardi B accidentally posted a topless photo of herself on an Instagram Story entry.

While the rapper deleted the NSFW photo that showcases her breast and all its glory, it is already too late as the internet was able to capture it, and the next thing she now, it is all over the internet.

But aside from teh scandalous photo, the "Bodak Yellow" rapper just revealed another shocking detail during the last few minutes before her X-rated picture went online.

In an Instagram live session on Thursday night, the rapper born as Belcalis Marlenis Almánzar confessed that she was with her estranged husband when the photo mishap happened. It turns out that the soon-to-divorce couple was together in bed when she took the racy snap.

"I'm leaning in the f-king bed, right? And I'm telling Offset, 'Yo, I feel like... I'm taking the f-king picture' and then I f-king press and I see that it's loading and I'm like 'Oh my God! Oh my God, Offset! Oh my God, the picture's loading,'" Cardi B explained.

She then asked the 28-year-old rapper to check if the photo was posted even after she attempted to salvage the upload by shutting down her phone. Offset confirmed that the "picture of the f-king tit" was already up on the social media site.

"By the time I turned my phone on and deleted that s-t, everybody and their mom saw. They were all over the internet," she continued.

Following the bombshell leaked photo, Cardi B then addressed it, saying that she accidentally posted it.

"You know what? I'm not even gonna beat myself up about it. I'm just gonna eat my breakfast," Cardi said.

© 2021 ENSTARS, All rights reserved. Do not reproduce without permission.
TAGSCardi B Cardi B photo Cardi B topless Offset
SEE COMMENT
CLOSE COMMENT