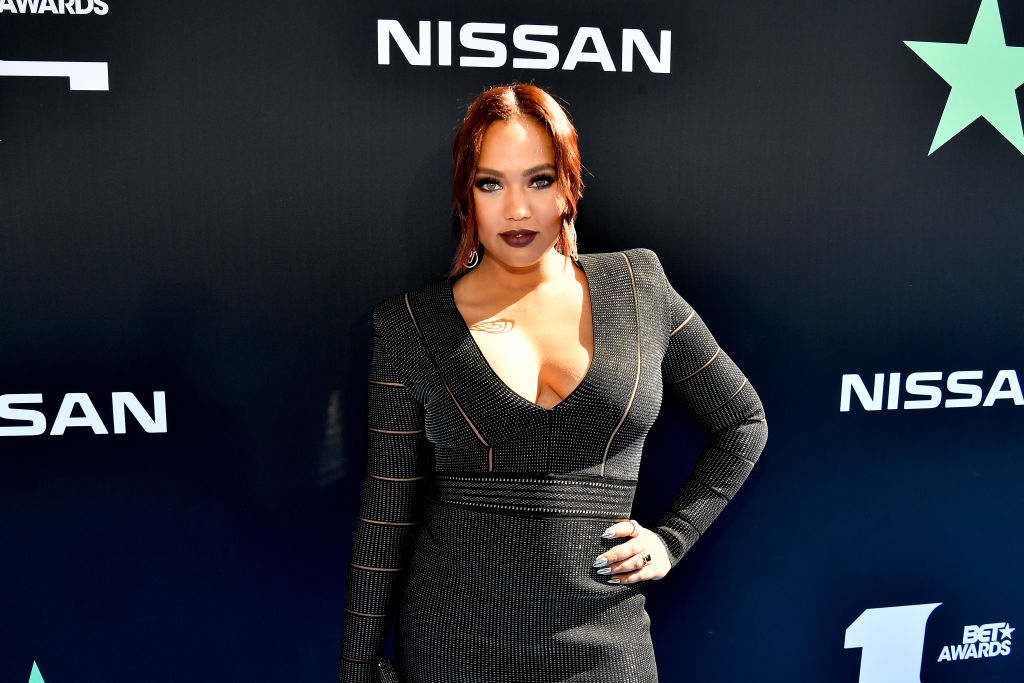 Ayesha Curry sends Twitter into a frenzy with her new look.

Earlier this week, the American-Canadian TV personality joined a slew of celebrities who debuted a quarantine makeover.

The mother-of-three looked divine as she showed off her new do, donning lighter and blonder locks that suit her skin tone and hazel eyes.

"Mom goes blonde (temporarily)," she captioned on Instagram, as she shared a boomerang with her husband and NBA icon Stephen Curry inside their car.

Moreover, the cookbook author, who is naturally a brunette beauty, also shared a series of clips on her IG stories, writing "Trying a blonde thing for a hot sec" on one snap and "Growing on me" on another.

Friends and fans took to the comment section to gush over and compliment the "Family Food Fight" host over her stunning makeover, including Elon Musk's mother, Maye Musk, who is also rocking a platinum blonde hair. She posted two smileys with heart emojis.

On the other hand, actress and Dwyane Wade's wife Gabrielle Union loved the host's blonde hair as she responded, "Okkk" followed by fire emojis.

Unfortunately, Ayesha Curry was criticized for looking like a white girl despite being a mixed raced woman.

"I was like "who is this white woman" at first," one critic wrote, while another was curious about the basketball superstar's mystery girl.

"I couldn't figure out why Steph was chillin with some white woman without his wife being present."

Furthermore, an individual did not just point out her blonde hair but also accused Ayesha for going under the knife.

"Also... the nose too. Contour or nose job? That's why you look so different to us. The hair & the nose."

Stephen Curry Claps Back at Haters

On the other hand, the six-time NBA All-Star defended her wife from all the "meanies."

In a lengthy rant, Curry tried to uplift her by joking about having a blonde wig.

"You beautiful baby. And don't you let anybody tell you differently, ok? I mean it. There's just a bunch of meanies out there, and I don't like it. I don't like it one bit. Do you boo boo. P.S. If the wig falls off I won't tell anybody, I promise. Pinky promise. It be hilarious, though, but won't anybody know. Wait- that's been you in this bed the whole time??? I ain't even know. Now I'm tripping," he wrote.

The Queen of Transformations!

Ayesha Curry has been showing off her weight loss transformation for the past months after giving birth to her third child in 2018.

In her previous interview with Harper's Bazaar, the cookbook author revealed that she has already lost 35 pounds.

Furthermore, she opened up about opting for a healthy lifestyle, starting off by working out at least five times a day.

"I feel like I'm in the best shape of my life. I feel happier when I work out. So I do try to work out at least five days a week."

She added that choosing to eat healthy food and staying in shape helped her "have mental clarity."