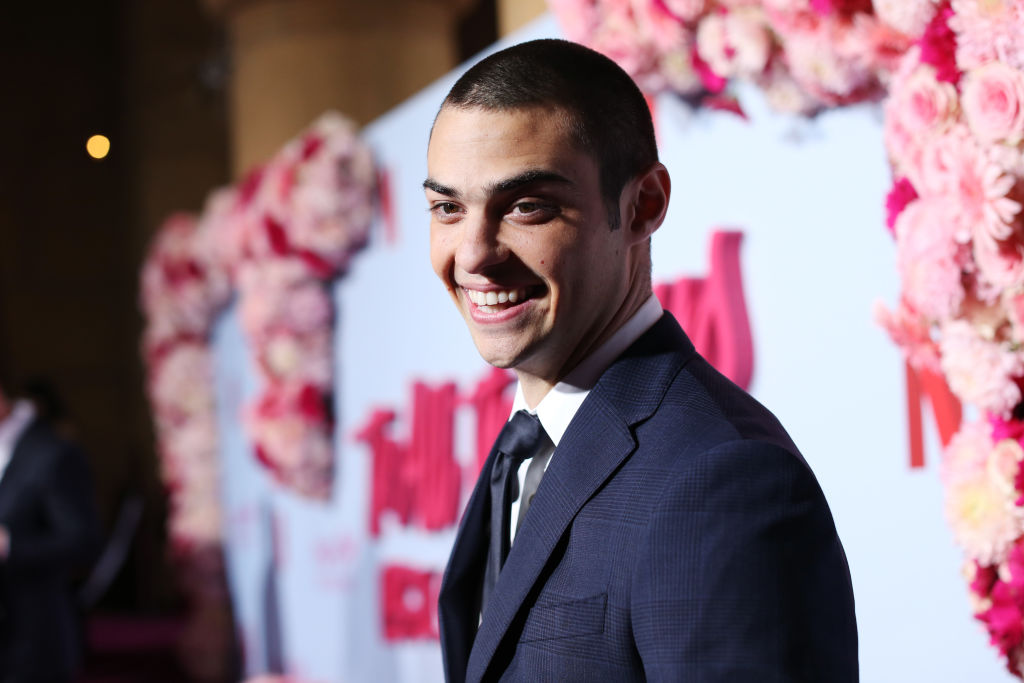 Sorry girls, but Noah Centineo is now off the market.

The 24-year-old boy next door, whose claim to fame was the hit Netflix series "To All The Boys I've Loved Before," is reportedly dating Kylie Jenner's BFF Stassie Karanikolaou.

The news came after the former Disney star was spotted with the brunette bombshell at the celebrity hotspot, Craig's restaurant, in West Hollywood, California.

Karanikolaou donned a casual chic look with her matchy black cropped hoodie paired with bandeau and black oversized sweatpants, while topping off the look with white sneakers and baguette purse.

On the other hand, Centineo exuded a Cali boy vibe with his white shirt over a balck oversized hoodie, paired with dark shorts and sneakers.

To add fuel to the fire, the social media star was also photographed wearing a ring on her left hand after leaving the posh restaurant.

Earlier this month, news broke that the "Sierra Burgess Is a Loser" star and the 22-year-old model got married in Las Vegas.

The rumors sparked after celebrity gossip Instagram account @DeuxMoi shared a screenshot of someone claiming that their friend was dating the actor's sister.

A direct message from an anonymous person confirmed the news and stated that the two "did get married."

In addition, the user also revealed that the wedding turned out to be a social media joke and that Centineo and Kylie's BFF are freaking out after they found out that it was actually legal.

Over her Instagram, Karanikolaou has been sharing pics during her Las Vegas trip. She was also spotted wearing what appears to be a wedding ring.

Fans seem to be disappointed with the news as they expressed their dismay on social media.

"So noah centineo are now married to stassie. r you kidding me ! How on earth," one asked followed by a crying emoji.

Another user also pointed out her disbelief over the actor and the social media star's relationship and called it as another 2020 plot twist.

"Noah Centineo, possibly being married to Stassie, is so random like I did not expect that in my 2020 bingo."

Meanwhile, an individual noted that gossip sites are getting out of hand.

"The celebrity gossip on the Instagram @/deuxmoi is too much," while adding, "noah centineo and stassie getting married in vegas is major if true."

Following this, Cosmopolitan shut down the elopement rumors about Noah Centineo and Stassie Karanikolaou.

The California-born social media star, who is known as Kylie Jenner's sidekick, was also linked to "Too Hot To Handle" star Harry Jowsey back in August after they were spotted on a night out with Kelsey Calemine at BOA Steakhouse in West Hollywood, California.

On the other hand, the Netflix heartthrob ended his one-year relationship with model Alexis Ren earlier this year.

Following her split with Centineo, the internet celebrity declared that she would be more "private" about her personal life.

"And that just proved [to] me to implement that more, because it's really hard when people have opinions about you," she said in her interview with In The Know's Gibson Johns.