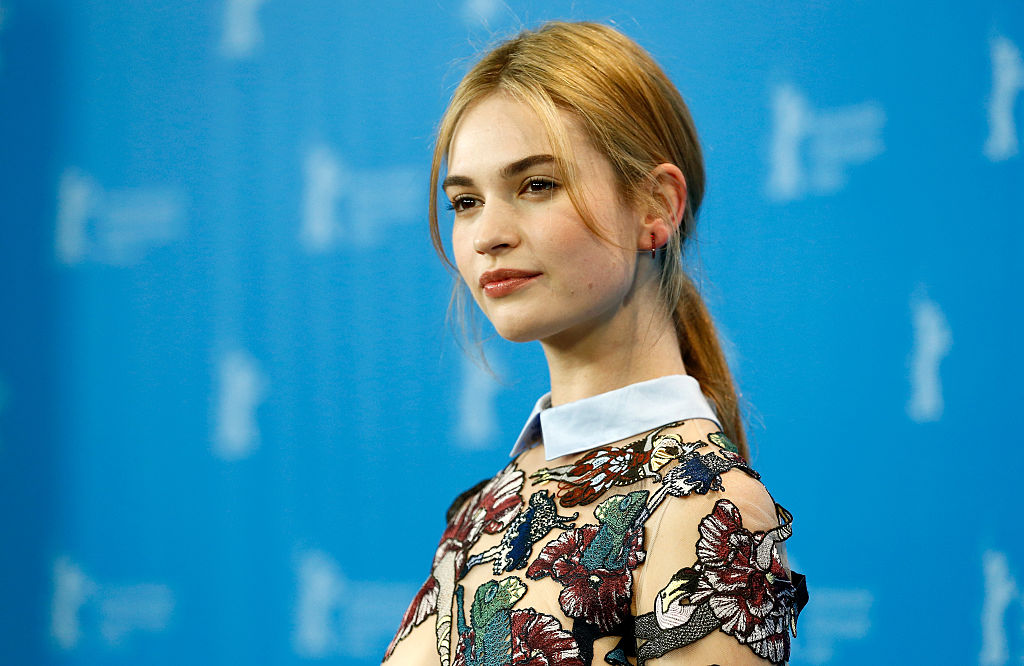 It looks like Lily James got no face to show to the public after being spotted getting touchy and smoochy with married actor Dominic West, who was her co-star in the drama "The Pursuit of Love."

According to reports, the 31-year-old actress pulled out from a press junket to promote her upcoming Netflix series called "Rebecca."

She was supposed to face the media members alongside Armie Hammer on Tuesday during an event for the Hollywood Foreign Press Association. But James suddenly backed out after photos of her and 51-year-old West went viral on social media.

"It was a two-day junket. On the first day, Lily was joined by the producers who it seemed were there to protect her from anyone asking questions about the photos," the source told the "Daily Mail."

"The next day, when members of the HFPA and others were due to talk to her, she pulled out at the 11th hour. There was no explanation," the source added.

It seems that the actress is avoiding the press as she also cancels her supposed appearance on the "Today" show on Monday.

The "Cinderella" star is supposed to appear live during the third hour of the hit NBC show on Monday to promote the new Netflix drama, but a source told "Page Six" that both actresses had canceled their TV show appearance, without citing any reason. The insider said that James pulled out from the line up of guests over the weekend.

The ghosting continues as Lily James dramatically backs out from her scheduled appearance on the "Graham Norton" show.

Based on the initial press release obtained by the "Daily Mail," she is supposed to appear on the BBC chat show alongside music legend Bruce Springsteen, actor Matthew McConaughey and British singer-songwriter Sam Smith.

But a source said: "Please hold on that - I have just heard that she is potentially not on the show."

The show then sent out a revised press release confirming Lily's absence. Instead, the program sent her co-star Kristin Scott Thomas to promote the upcoming Netflix drama.

"Lily James will appear on the show at a later date," the press release reads.

It seems that the actress was highly affected by the left and right paparazzi shots taken during her and Dominic West's two-day Roman holiday.

The duo, who plays the role of father-and-daughter, was photographed getting extra sweet and touchy with each other. A witness claims that West was all over the young actress and could not resist stroke and kiss her neck.

James and West reportedly shared a suite in the Hotel De La Villa, which is said to have a city's panoramic view.

Meanwhile, the lead star of the Daphne du Maurier's novel adaptation is also set to appear on "The Tonight Show Starring Jimmy Fallon" on Thursday, as part of her week-long promotion. However, it is still unknown if she will also ditch the said program.