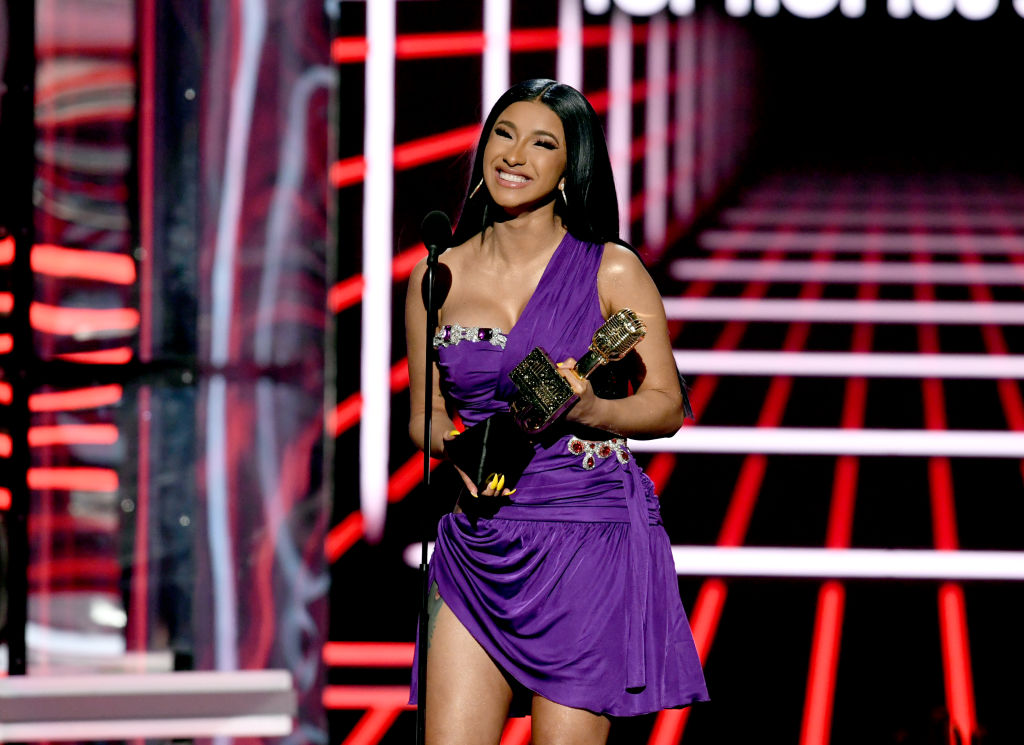 In her recent Instagram Story, the "WAP" hitmaker showed off a lovely surprise she got from her fans, which she calls "Bardi gang."

The Grammy Award winner, whose real name is Belcalis Marlenis Almánzar, received a pink hardbound book that says "Cardi B Birthday Book" on the cover.

In a series of clips, the "Bodak Yellow" hitmaker shared the book's details that contain her photos and messages from the fans.

"Hi Cardi, This book idea started with one Bardi gang member asking if we could find a way to honor you on your Birthday and blossomed into a project about celebrating you and our love for you. We hope that this book will serve as a reminder that Bardi Gang will always love and support you no matter what. Happy Birthday," the first page reads.

Moreover, the mother-of-one gave a shout-out to her million fans for surprising her with a heartfelt birthday gift.

"I needed to hear that because a lot of you all are really had me sad and fucked up-- well, I really got the best f****g fans ever. Look at this shit; this is so cute!"

The "Thru Your Phone" rapper also mentioned planning a celebration together with her fans to commemorate her milestone.

Furthermore, she went to assure that there would be "no fighting but a lot of drinking" involved.

Unfortunately, other followers doubted that this is Cardi B's damage control after dissing her fans over her marital woes with her husband, Offset.

"She is trying so hard to be kind to her fans," one wrote, while another user tweeted, "Now she wanna remember her fans after cursing them out and dragging them."

Meanwhile, one Twitter user accused the singer and her team of "staging" this to restore her image to her fans: "Just a conspiracy: no fans wrote it. She and her team staged this."

A few weeks ago, multiple reports cited that the multi-award winning rapper deleted her Twitter account after being blasted for reuniting with the "Migos" member.

Over her Instagram, the "Be Careful" artist explained the reason why she decided to shut down her account that boasts millions of followers.

"A whole bunch of 15-year-olds telling me how to live my life like I'm motherf***kn' Ariana Grande or something like I came from Disney or something," she mentioned in an IG live.

In addition, she also ranted about getting tired of explaining herself regarding her divorce with Offset.

"I'm so tired of people saying I've got to continuously explain myself. I didn't put my divorce out there; a f***ing court clerk put it out there and because people are making rumors up, 'Oh, this guy has a girl pregnant.' I got to address it..."

The news about Cardi and her husband's reconciliation came after the rapper celebrated her 28th Birthday.

Multiple reports cited that the two were seen getting cozy at her party, which took place in Las Vegas.