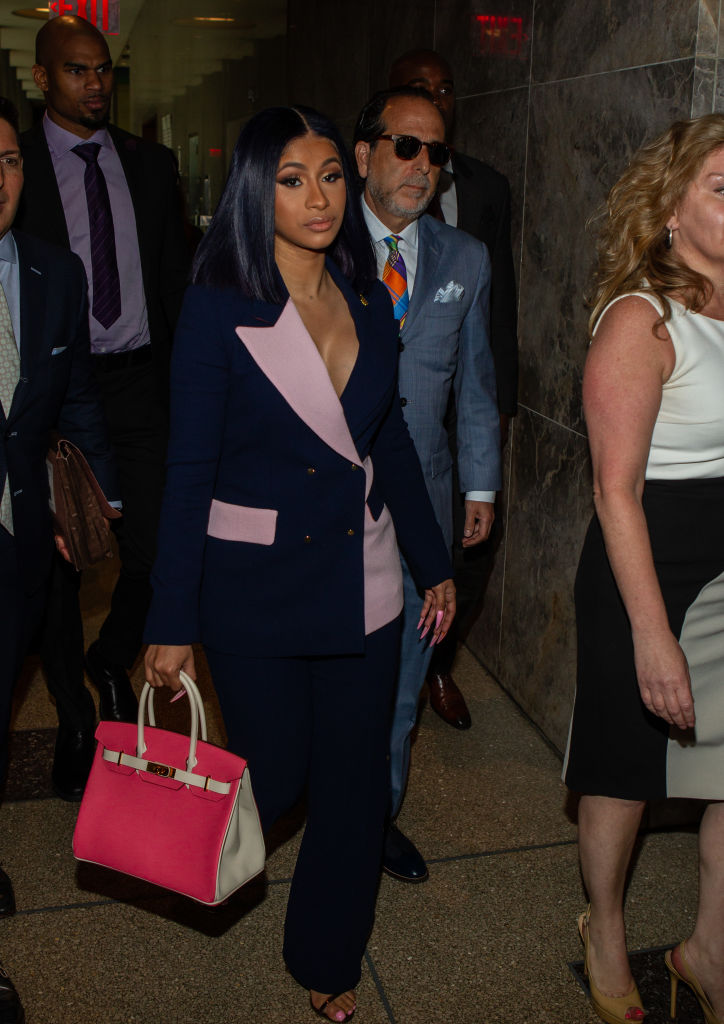 Cardi B is undoubtedly one of the most successful female rappers of her generation. It is no wonder if she is cashing in millions of dollars by releasing a single song.

The rapper born as Belcalis Marlenis Almánzar is also one of the top-billed artists who are not afraid to show off the fruit of their labors. Cardi B fans know how much the "WAP" hitmaker loves the Hermes Birkin bag; in fact, she has a whole collection in various colors.

Just recently, the 28-year-old singer claps back on a racist troll who accused black women of depreciating the value of the said designer bag.

Apparently, there is a trending opinion going rounds on social media roasting black women who made the market believe that Birkins are easy to get.

"Sorry, idc if this comes off as anti-black, but it is what it is," Instagram user @celestialthug wrote.

"Birkins have literally lost their value. The city girls and Cardi have got y'all convinced that these Birkin bags are easy to get," the IG user added.

The racist troll explained how some Birkin bags are on a limited edition; that is why even billionaires wait for months or years to get themselves one.

"A little rap duo from Miami who can't even land a vogue cover or a number #1 do not have authentic Birkin bags sorry," the user added.

The said statement reached Cardi B's attention and could not help but savagely address the issue.

In a recent IGTV entry, the "Bodak Yellow" rapper argued about criticizing black women who can afford a designer bag with a $9,000 to $500,000 price range.

"I find that really interesting because, first thing first, I definitely could get a bag. Actually, I got four bags today from the Hermés store. I don't wanna brag," Cardi B said.

"Second of all, why is it that yall asking female rappers if they could get a bag from the Hermes store. Yall dont do this to these white celebrities. So why is it that y'all gotta be asking us?" she added.

View this post on Instagram
So I had this convo with my team about this topic after seeing this viral tweet ...what do you guys think ? Watch till the end A post shared by  Cardi B (@iamcardib) on Oct 25, 2020 at 8:13pm PDT

Cardi B also argued that black women do not depreciate Birkin's value; instead, they help the designer sales when their brand is mentioned in a rap song.

"Another thing is that they're saying we're depreciating the value. Actually, we add value because when we mention brands in hip-hop, their s*** go up," she explained.

According to the Business of Fashion, Christian Louboutin shoes' search increased by 217 percent after Cardi B's breakout single "Bodak Yellow" mentioned the brand.

The rapper's clap back came after she posted an Instagram Story entry showing her latest purchase at Hermes.

Earlier this month, Cardi also showed off her Birkin collection, which nearly has every color and size.