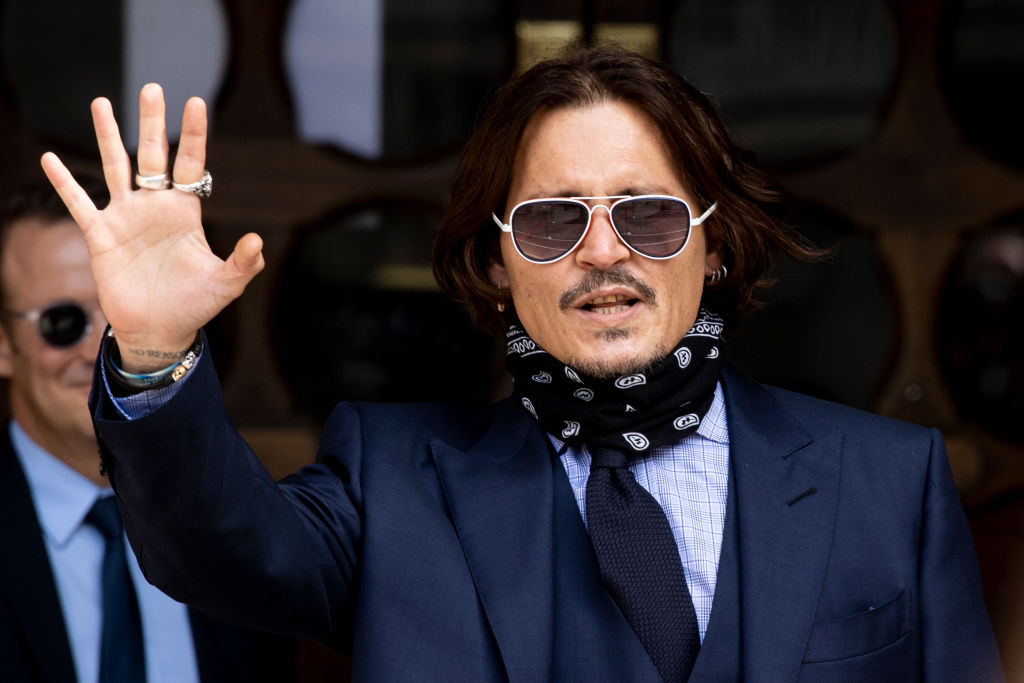 Media lawyers believe that it's the end of the Hollywood career of Johnny Depp.

On Friday, the 57-year-old announced that he was leaving the highly-anticipated sequel of "Fantastic Beasts" and the Warner Bros franchise itself.

This is after a judge ruled that British tabloid The Sun was right that Johnny Depp is indeed a "wife-beater."

In their high-profile libel trial that lasted a few weeks, Depp's ex-wife Amber Heard testified that she was attacked 12 times by the "Pirates of the Caribbean" actor during the course of their relationship.

Media lawyer Mark Stephens told the Daily Mail, "This is devastating for Depp. He is now toxic. He will be known forever as a wife-beater, a drunkard, and a druggie."

"It will be written on his headstone."

Head of Media and Privacy at Collyer Bristow law firm Steven Heffer explained to the mail that the actor's strategy was "high-risk and has proved an absolute disaster."

He suggested that a public denial would have been the best approach Depp could've done instead of the libel trial.

"It is highly likely to have been a career-ending decision. What it does mean is that the future of the other legal actions is uncertain."

PR expert Mark Borkowski described this case as one of the biggest "showbiz fails" ever.

"Depp's brand had a sort of edge, but that edge now has turned to something really ugly and abusive. This is an indelible stain on his character."

On Friday, Johnny Depp revealed that he was asked to resign from his character as Grindelwald following the trial.

In his statement, he said that the verdict was "surreal," which has sparked new fury towards the actor.

Survivors' charity Woman's Aid accused Depp of trying to minimize the rulings of the judge.

In a statement released, they said that Heard's allegations of abuse were "extremely serious."

"The judge ruled that Depp had abused Ms. Heard on 12 occasions, and ruled that, as Depp said in a text, he had 'no mercy' for her."

However, in Johnny Depp's post, he said that the ruling would not change his fight in telling the truth of what happened. He even also confirmed that he would be appealing the verdict.

"My resolve remains strong, and I intend to prove that the allegations against me are false."

"My life and career will not be defined by this moment in time."

Unfortunately for Depp, the said appeal for the judge's ruling would be "hopeless and hapless," according to Stephens.

"The Court of Appeal can only interfere if the judge has made a mistake on the law, but even Depp's lawyers have been unable to identify any legal error."

He added, "An appeal will not succeed. This is a cynical attempt to undermine the judge's very careful decision and distract from the facts."

Meanwhile, in another case, Johnny Depp is suing Amber Heard for defamation in a $50 million lawsuit in Virginia.

The trial is scheduled to take place in January 2021.

The "Edward Scissorhands" star denies all allegations of abuse. In his closing statement during the trial against The Sun, his lawyer David Sherborne said that Depp was "no wife-beater."

Sherborne accused The Sun's publisher and editor, News Group, and Dan Wotton of "acting as both judge and jury" and added that the article they published in 2018 was "not researched at all."

He also alleged that the article presented was "deliberately and wholly one-sided."