Larsa Pippen is "toxic energy," according to Kim Kardashian and her family.

On Monday, the former wife of basketball player Scottie Pippen shared very damaging claims about Kim, her husband Kanye, her family, and other people connected to the family.

Now, tipsters close to the Kardashian family told E! Online that the reality stars don't trust her and her intentions because it's nothing new that Larsa "talked behind their backs."

One insider revealed that the KKW Beauty mogul doesn't want any relationship with her former best friend because she's toxic, despite having a soft spot for the social media influencer and going through so many things with each other.

The Kardashian family are also reportedly not surprised that "The Real Housewives of Miami" star spoke out. They reportedly already expected that she would spread lies to make herself look like the good guy after unfollowing each other on social media this past year.

A source told Us Weekly at the time that Kim Kardashian wanted to reset her account to "just her family and childhood friends."

An insider revealed to E, however, "They think she's trying to stay relevant, and Kim doesn't appreciate the accusations regarding Kanye."

"The family is very protective over one another, and all feel like she violated their privacy by dishing out details to the public."

They further claimed that it might be true that Kanye West isn't a big fan of Larsa Pippen ever since he married Kim Kardashian.

"He never trusted her," the insider added. 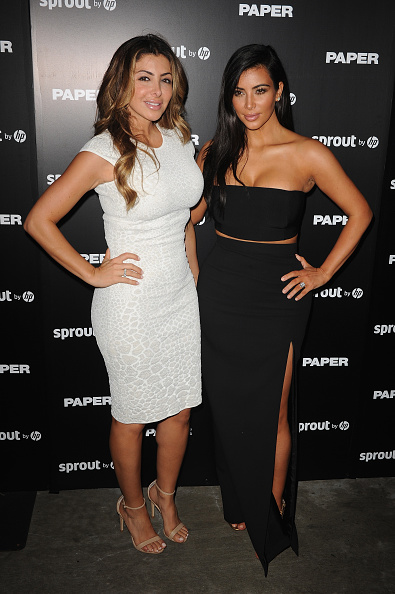 In the podcast, Larsa Pippen admitted that she couldn't recall what incident led to their friendship's downfall but have acknowledged that they have "a different type of relationship these days."

The 46-year-old beauty then mentioned that it might have started with the "Jesus Walks" rapper.

She told the podcast, "I just feel like Kanye was in a place where he, you know, he didn't trust anyone with Kim."

She added, "So, I feel like I was the person that was like, 'Oh, like, don't be so close to her because you're so close to her' that, you know, that had something to do with it."

Larsa also said she has reached out to the SKIMS creator "a little bit" but is happy to add some space between her and her former friend if it would save the West's "trouble."

The star explained, "If your husband feels, like, threatened by my relationship with you, then I don't want to be that person."

She added, "I've got my s**t. I don't want to be that person. Let him feel comfortable, really secure if I'm not in the picture, and see what happens."

Larsa claimed that she felt as if the Grammy-winning artist brainwashed the family into hating her.

Other bombshells from Larsa's tell-all also mentioned how her then-husband Scottie didn't like the Kardashians.

Scottie reportedly didn't like Larsa talking to the reality stars and bringing their kids over to their house.

However, she mentioned how she was strong enough to say that she wasn't going to let him dictate her life.

Larsa Pippen also mentioned how she dated Tristan Thompson before he even met Khloe Kardashian in 2016.

"Before Khloé or any of them knew he existed. I was seeing him; I had him come to L.A., I brought him to a party Kim had. I introduced him to all of them."

She added that a week later, the basketball star started seeing Khloe.

Larsa denied that she hit on Travis Scott, who told Kylie Jenner that she was.