Prince William proposed to Kate Middleton with an engagement ring that belonged to his late mother, Princess Diana.

But according to reports, the famous sapphire and diamond band ring was previously owned by Prince Harry and not by his older brother. 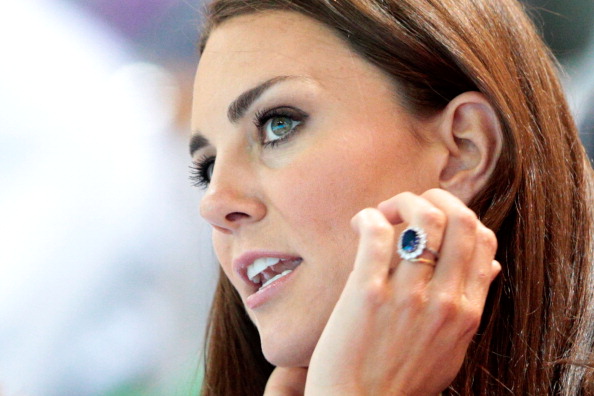 When Lady Diana Spencer tragically died in 1997, his two sons, Prince William and Prince Harry were asked to choose a memento from one of her belongings in Kensington Palace.

A source told The Daily Star (via The Independent) that the 38-year-old future king picked a Cartier watch of his mom, while his younger brother picked the sapphire and diamond engagement ring.

At that time, the Duke of Sussex was just 12 years old when he chose it over all the other things.

But when Prince William was the first person to get engaged between the two of them, Prince Harry gave it up so his older brother could offer it to his bride.

The insider said, "They had an agreement that whoever got engaged first would have Diana's ring. and of course, that was William and Kate."

When the Duke of Cambridge asked the commoner to marry him in Africa back in 2010, he showed the family heirloom. Later on, Kate Middleton proudly showed off the beautiful ring in their official engagement photos.

Meanwhile, when Prince Harry knew that Meghan Markle was the woman he wanted to spend his entire life in 2017, he needed to find an engagement ring to present to her.

The 36-year-old didn't have one of Princess Diana's old pieces, but he made sure that the final design would include a piece of his late mother.

The dad-of-one reportedly designed the ring he offered to the Duchess of Sussex using two diamonds-- one from Princess Diana's collection and the other was from Botswana, where he usually did a lot of charity works. 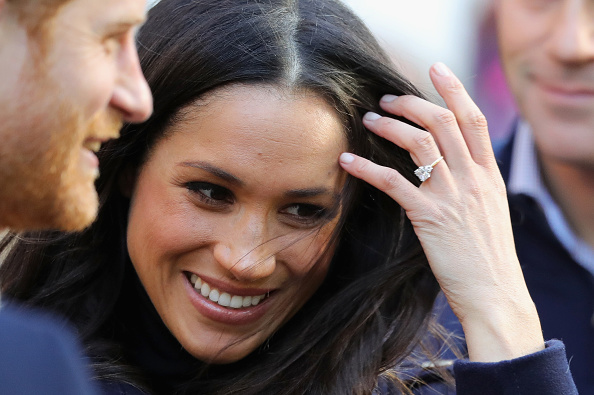 However, a few months later, the former "Suits" star had to redesign the ring to make it look more like her style.

According to reports, the original design had thick gold bands and diamonds. But now, it has a thinner micropavé band.

Though there were no clear reports when they redesigned it, she was once spotted without the ring during the last few months of her pregnancy.

Meghan Markle wears her engagement ring alongside her wedding ring. It is made from Welsh gold because it is said to be the norm for royal women.

The new ring the Duchess is wearing is said to be the first anniversary of her husband.

But Meghan Markle isn't the first royal to redesign jewelry. 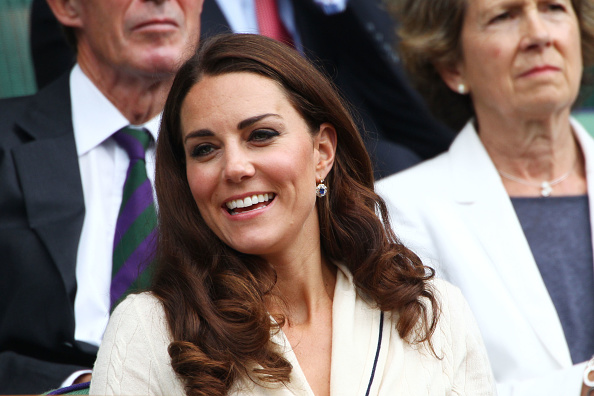 The said sapphire stud earrings were said to be an engagement gift from Prince William, which also matched her sapphire and diamonds ring.

The mom-of-three first wore them during the 2012 Wimbledon.

Since then, she has worn the earrings on numerous occasions.

These earrings were said to be just one of the many most treasured jewels of Princess Diana, as she wore them numerous times in events between the 1980s and the 1990s.

Prince Harry Leaving Meghan Markle, Moving Back To London Because Of New Job?

Prince Harry may now have an excuse to go back to the UK if he's getting tired of Los Angeles already.

Prince Philip's death reportedly caused "too much heartbreak" on Prince Harry and Meghan Markle's part, and the couple will detail it in a new book.

In case the book is published and there are some untruths there or information that could hurt the royals, they are reportedly hoping the they would have the chance speak out against the royal couple without the fear of repercussions.

Queen Elizabeth II Compelled To Do This After Lilibet Diana Succession Snub?

Prince Harry and Meghan Markle may be celebrating now.

Will Queen Elizabeth II cut off Prince Harry and Meghan Markle completely once the royal prince publishes his memoir?

Given the ruckus caused by Prince Harry's book deal - supposedly made up of four books, one of which is dropping by August, some insiders surmised that this place is never ever going to occupied by the couple anymore.

Prince Harry, Meghan Markle Collaborating On A New Book -- How Much Will They Be Paid?

After reports of Prince Harry writing a memoir and his wife Meghan Markle is also writing her own, it is also being reported that both of them will work on a book together.

Prince Harry reportedly signed up for four total books, so three more are in the works. If he could fetch the same amount for each, then he'll be rolling in dough in no time, at the expense of his family.