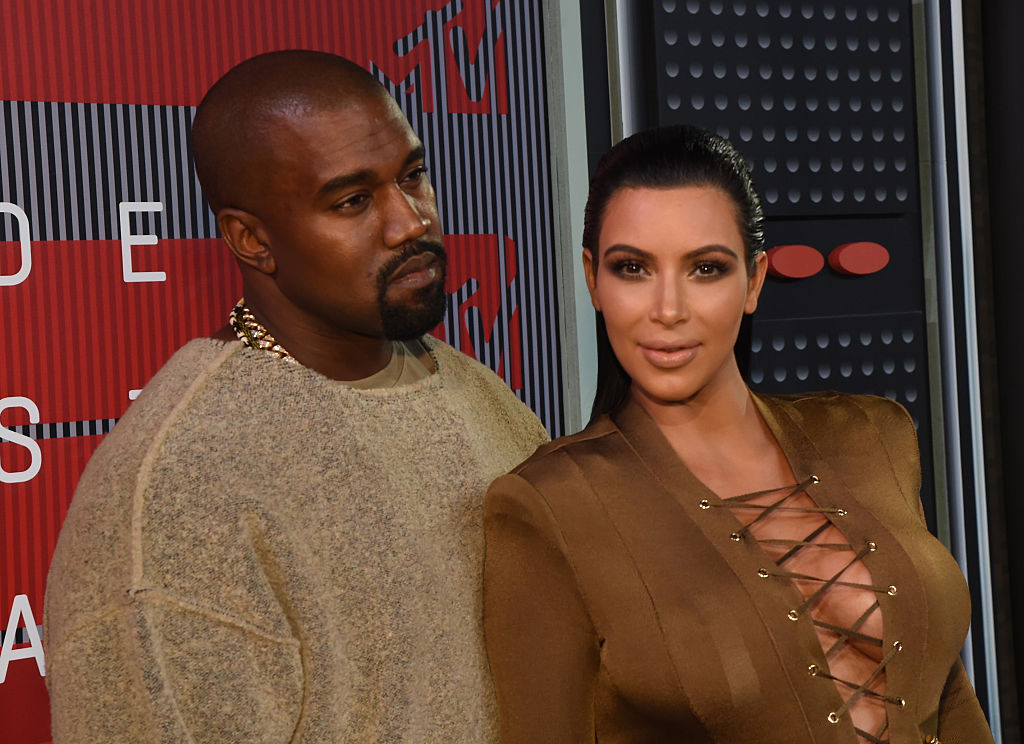 Kim Kardashian and Kanye West are reportedly planning a secret divorce summit in their desperate effort to save their rocky marriage.

Insiders dished to the National Enquirer that the troubled couple has been on the rocks after the rapper's bizarre behavior continued throughout his presidential bid.

According to them, "Kim wants to set real guidelines for saving the marriage and if she can't manage that - outline what their divorce will look like."

Insiders further told the outlet that the "Keeping Up With the Kardashians" star put off the "crisis conference" after her controversial 40th birthday celebration on a private island.

An insider revealed, "She didn't want anything to spoil it."

As the outlet previously reported, the self-made billionaire's race for the White House, his outrageous claims during some of his rallies, and online attacks on his wife, his mother-in-law, and other people have pushed Kim Kardashian to the brink of a $2.2 billion divorce.

With Kanye West just collecting about 60,000 votes last November 3 for the US Elections, the bipolar Grammy-winning rapper has again committed to running in the next few years.

However, insiders revealed to the Enquirer that the 43-year-old managed to soften Kim's commitment to splitting after giving her a hologram of her deceased dad, Robert Kardashian.

"She was beyond touched by the gesture, even if her fans and a lot of her friends thought it was weird and creepy."

They added, "It's made her want to find a way to make things work."

Two weeks ago, the mom-of-four shared a video of the hologram on her Instagram account. She captioned the video with "Hologram from Heaven."

It further said, "For my birthday, Kanye got me the most thoughtful gift of a lifetime. A special surprise from heaven. A hologram of my dad."

"It is so lifelike, and we watched it over and over, filled with lots so tears and emotion. I can't even describe what this meant to my sisters, brother, mom, and closest friends to experience together. Thank you so much, Kanye, for this memory that will last a lifetime."

Additionally, insiders believe that Kim's still pissed off by Kanye's decision to continue with his political ambitions in the next few years.

"Every day brings a new catastrophe with Kanye."

But the KKW Beauty mogul is giving his musician rapper an ultimatum once again.

The insider said, "Kim wants to make it clear if he doesn't get professional help to get his behavior under control, she will have to move on."

The KUWTK star allegedly has plans to map out child support and custody if the power couple couldn't agree on how to move forward with their lives, and they have to bring in mediators to make sure they get the best outcome.

But as the same outlet previously reported, Kanye West has allegedly been keeping a diary full of the Kardashian family's secrets.

Sources told the publication that Kanye might use the secret divorce diary against Kim Kardashian and her family and may like Brad Pitt and Angelina Jolie.

"Kim knows he can reveal the darkest secrets about her family's relationship and the show. So she's going to tread as carefully as possible."

However, it's still best to take the National Enquirer's report with a grain of salt. The outlet is known for making dubious claims about celebrities, especially on Kim Kardashian and Kanye West's marriage status.