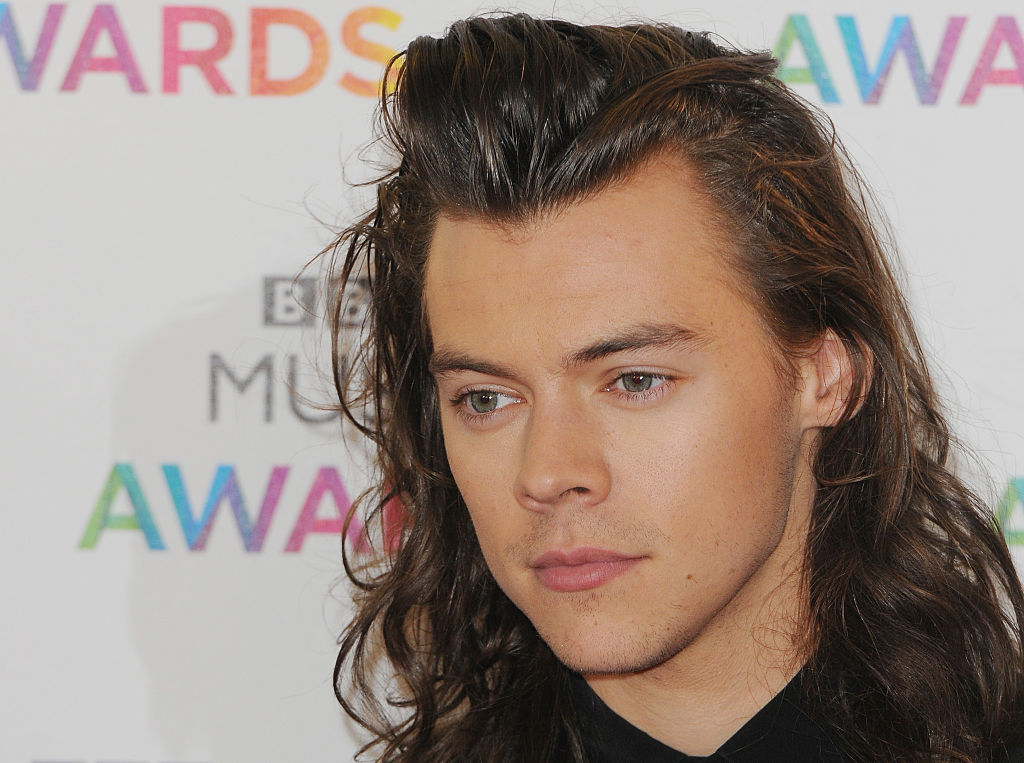 Amid his controversial Vogue cover, Harry Styles has been getting a ton of love and support, including from his mom Anne Twist.

The mother-of-two recently appeared on the U.K. show "Lorraine" to talk about her daughter, 28-year-old Gemma, and the former One Direction member.

Twist shared a glimpse of her kids' lives growing up and explained why the "Watermelon Sugar" hitmaker is fond of eccentric fashion pieces.

"I was always a big fan of doing fancy dresses with (Harry and his sister Gemma) when they were smaller, which Gemma hated, but Harry always embraced," she recalled. "But you know, who doesn't love playing dress-up?"

The 53-year-old mom went on to defend her son and admitted that she might have influenced Styles' with his gender-neutral aesthetic and his decision to wear over-the-top ensemble, including the dress that he wore on Vogue.

"I think maybe I had something to do with it," Twist revealed.

"There’s so much joy to be had in playing with clothes. I’ve never thought too much about what it means—it just becomes this extended part of creating something.": Read our full December cover story starring @Harry_Styles here: https://t.co/yILujUQQae pic.twitter.com/qwpGKBSQey — Vogue Magazine (@voguemagazine) November 13, 2020

The 26-year-old former "X Factor" contestant was photographed by the renowned Tyler Mitchell, who is also the first black photographer to shoot a U.S. Vogue cover.

Aside from this, the "Sign of the Times" crooner made history as the first solo male cover star for U.S. Vogue. In the publication's history, only nine men appeared on the cover but were always part of a group or as a couple.

Harry Styles on His Decision To Go for Gender Neutral Fashion

In his interview, Styles explained why he opted for a gender-neutral fashion instead of going for the traditional pieces for men.

The "Sweet Creature" singer also shared he is unafraid to explore things and is fond of browsing women's sections to look for unique pieces.

Harry Styles was on the receiving end of some harsh remarks by New York Times best-selling author Candace Owens, who pointed out hat the society is slowly losing "manly men."

"There is no society that can survive without strong men. The East knows this. In the west, the steady feminization of our men at the same time that Marxism is being taught to our children is not a coincidence. It is an outright attack. Bring back manly men," she tweeted.

However, Olivia Wilde, who is also the director of Harry Styles' upcoming movie "Don't Worry Darling," shut down Owens by calling her "pathetic."

Elijah Wood also called out the author and mentioned that she is "missing" the true definition of being a man.

"I think you've missed the definition of what a man is. masculinity alone does not make a man," Wood said, to which Owens replied: "DON'T TEMPT ME, FRODO!!!"

Despite a wave of backlash from the public, Owens did not apologize but rather stood by her word, saying that "'toxic masculinity was created by toxic females. Real women don't do fake feminism. Sorry, I'm not sorry."