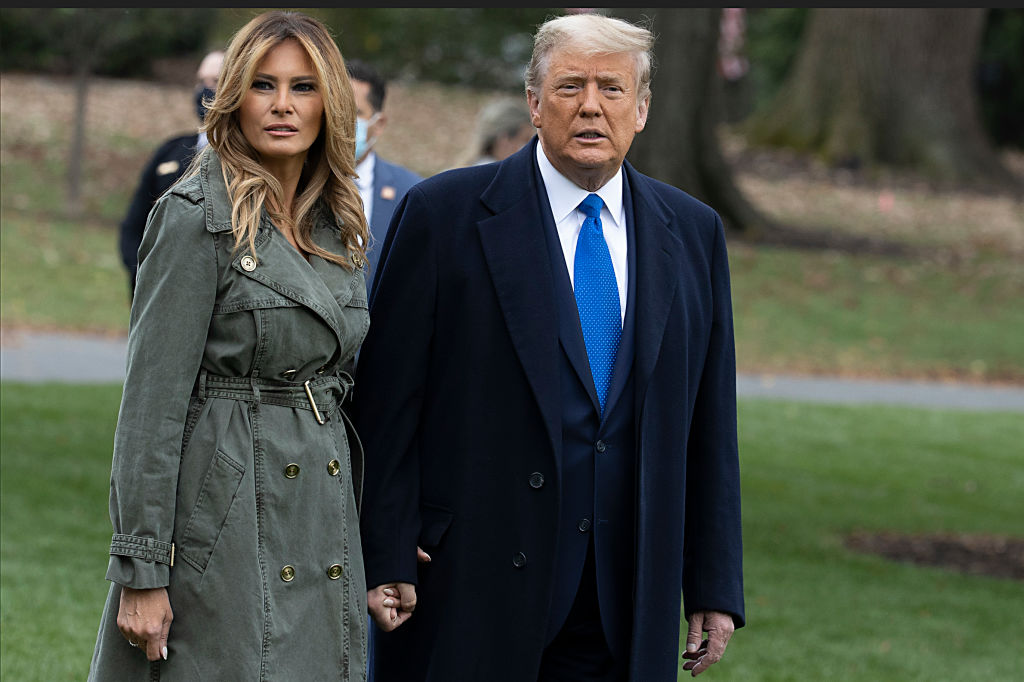 Is Melania Trump really looking to divorce Donald Trump after he lost his presidency?

Before the country hailed Joe Biden as the new president of the United States, rumors about Melania divorcing Donald emerged.

Clips showing the former first lady looking unhappy with Donald sparked more allegations that a post-election divorce would happen soon. In addition, people noticed that Melania now refuses to hold her husband's hand and spends more time away from him.

But amid all these talks, a new report suggested that Melania will not leave Donald even after his term as president.

In an article published by Washington Post, the first lady's chief of staff, Stephanie Grisham, debunked the rumors about the Trump couple divorcing.

"This question is pathetic and exactly why people no longer trust the mainstream media. No legitimate journalist would ask this," she declared.

Meanwhile, even Donald's former lawyer, Michael Cohen, shared the same sentiments and brushed off the rumors. According to Cohen, Melania will not leave her husband since she has been there through thick and thin.

"She's very willingly complicit in his schemes and holds his beliefs as her own. Those two deserve each other."

Their teamwork, both as a couple and public servants, have always been in union despite their personality differences.

In fact, their former friend and aide described their relationship as something like give-and-take.

Per Stephanie Winston Wolkoff, their differences made everything between them harmonious. Their contrasting dispositions have been aiding them to have a closer relationship.

Meanwhile, Elizabeth J. Natalle of the University of North Carolina believes that Melania will never file for a divorce even when many people want her to do it.

"A lot of people want her to leave him as some kind of a payback, but I don't see Melania Trump to be that type of a person," she said.

What Other People Believe

The split rumors took over social media even more after "Free Melania" memes came into the limelight.

Furthermore, the viral sketches in "Saturday Night Live," which show her as a princess being held inside the Trump Tower also sparked divorce talks even more.

In 2018, former political aide to the president Omarosa Manigault Newman shared the same opinion in her book, "Unhinged: An Insider's Account of the Trump White House." She stated that Melania has been itching to break up with Donald for years now. However, she could not do it yet while they are staying in the White House.

Newman further claimed that the former first lady plans to divorce him instead after his presidency.

"If Melania were to try to pull the ultimate humiliation and leave him while he's in office, he would find a way to punish her," Newman penned. "In my opinion, Melania is counting every minute until he is out of the office and she can divorce him."

Body language expert Bruce Durham reportedly saw the signs already, as Melania's gestures ultimately changed after the election. For him, the former first lady could become the alpha in the marriage soon.

While none of these have been proven yet, only Melania and Donald could notice whether the tragic event would happen soon.