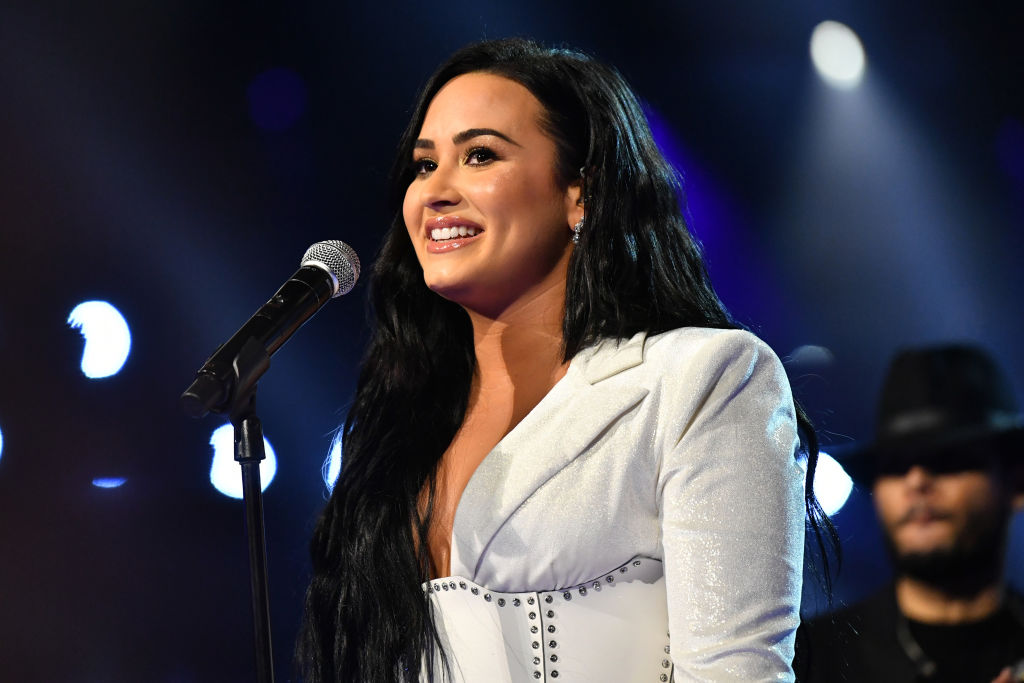 Max Ehirch seems to be turning the table, as he called out Demi Lovato for using their breakup to get clout.

Lovato recently joked about her relationship fail with Ehrich while hosting the People's Choice Awards, and the actor didn't like it. After posting some beach pics with another girl, he hopped into the comments section of Demi's latest IG post, which is not cool by any means.

Demi was merely showing her new haircut when Ehrich was triggered to drop some two very straightforward but very un-chill comments. First, he asked Demi to "stop talking about me at award shows," and then he accused her of using their breakup. He wrote for all to see that "exploiting our breakup for clout at PCA is not chill" (as shown by Cosmopolitan).

Lovato has not bothered to reply or react though, at least not yet.

It can be remembered that during the PCAs, Demi made a joke about the end of her engagement, saying "I binged seven seasons of Pretty Little Liars, got un-engaged, and went looking for aliens in the desert, so basically the same as everyone else."

She did not say anything new since everyone knows how fast she got engaged and then unengaged a few months back. She did not even mention Ehrich's name for him to have the impression that she's constantly talking about him or exploiting the breakup in any way.

If anything, Demi has been talking so much more of other things than this breakup. Prior to the PCA joke, Demi was interviewed on "Today" with Hoda and Jenna where she talked more about what she learned this year in general and how doing music has been helping her.

"It's been such a roller coaster," she said. "I mean, honestly, for me, the beginning of the year started out, I was on this trajectory to have a pretty eventful career."

While she hinted going through something bad that "she cannot comment on," she did not mention anything about Ehrich at all.

"When I write my songs, when I go to the studio and record them, it's a very cathartic and therapeutic experience for me. And so, anytime I go thorough something, especially when I don't say things publicly or comment on certain situations, I just let my music comment on it," Demi further shared.

Fans can even accuse Ehrich to be the one exploiting the breakup to his advantage. Ever since they called it quits, Ehrich would figure into some news-making ruckus about him being hurt by Lovato or moving on with some girl--posting sweet and PDA pictures on his gram.

In fact, he already claimed Demi used their breakup as a "calculated PR stunt." He also accused the singer and her fans of  scaring him and his loved ones. He even suggested that Lovato broke into his Airbnb and sarcastically called her to just make art. This, after he begged for her to go back to him just a few days ahead of the said rant.