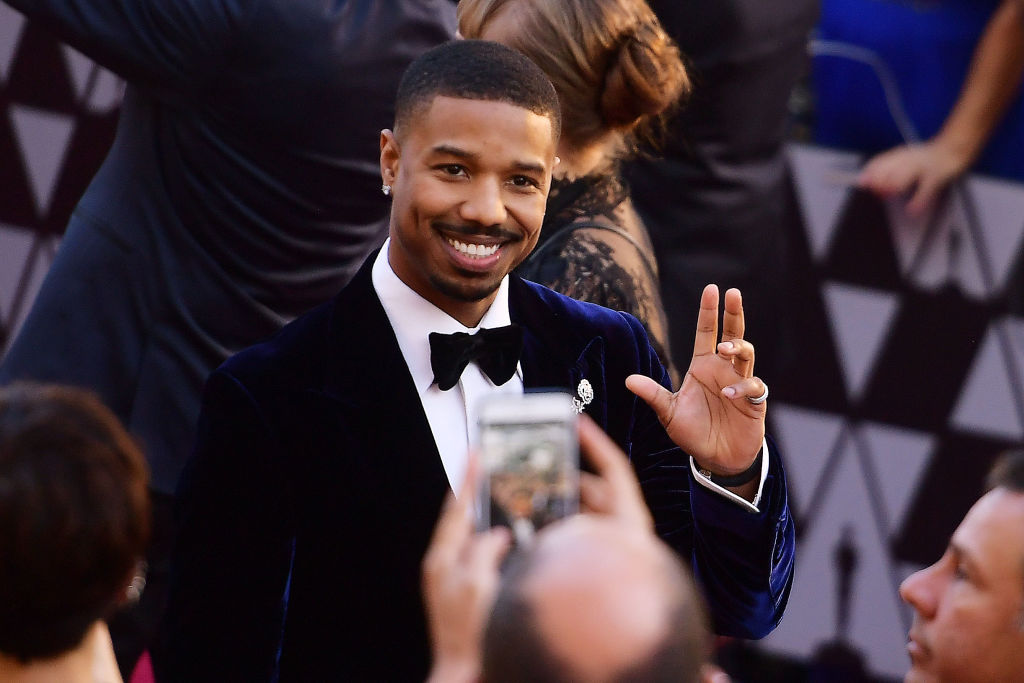 After being hailed as the "Sexist Man Alive" by People magazine, Michael B. Jordan is about to make a very bold move.

In his recent appearance on "Jimmy Kimmel Live!," one of Hollywood's most eligible bachelors announced his plans to join OnlyFans.

Michael B Jordan To Join OnlyFans for a Good Cause

During his interview, the 33-year-old actor, who looked dashing in a mustard fitted turtleneck top and matching trousers, shared how he has been transforming his look and growing his facial hair--which he named "Murphy."

"I never had time to actually sit in one place and grow my facial hair where I didn't have to get it groomed, or manicured, or anything like that. So, during quarantine, I just wanted to see how much hair I could actually grow," he explained.

The "Black Panther" actor then hinted about joining the adult-content website doing "wild" and "crazy stuff."

Jordan said: "His name is Murphy. We call him Murph for short. Got an OnlyFans coming soon - eating fruit, all types of crazy stuff, it's going to get wild."

The late-night talk show host joked that the A-lister could make "$250,000 a year" if "Murphy" had an OnlyFans account.

However, the Emmy nominee then revealed why he has decided to take the plunge and join the London-based content-sharing platform.

The "Just Mercy" star explained that he is planning to help small businesses and schools that were greatly affected by the shutdown due to the global pandemic.

"I'm actually going to start one, but like all the proceeds I want to go towards a barber school because during the quarantine, you know, there's been so many businesses and schools that shut down."

Aside from Jordan, there has been a slew of celebrities who have signed up on the adult streaming site.

With the announcement that the "Fantastic Four" actor is joining the adult content site, fans immediately flock to Twitter to voice their opinions.

Of course, the majority of fans went crazy and appeared to be thrilled with the great news.

"I used to think i can't be on the internet with a shirtless Michael B Jordan now, and I'm going to have a whole OnlyFans of Micheal B. Won't he do it? Look at the material!!" one fan posted along with a shirtless GIF of Jordan.

A second user also echoed the same sentiment and vowed to subscribe because of the actor: "Michael b Jordan makes an onlyfans I'm purchasing idc what he is doing in there I just wanna see."

Recently, the "Creed" star was bestowed with the prestigious title of "Sexiest Man Alive," which he described as a "cool feeling."