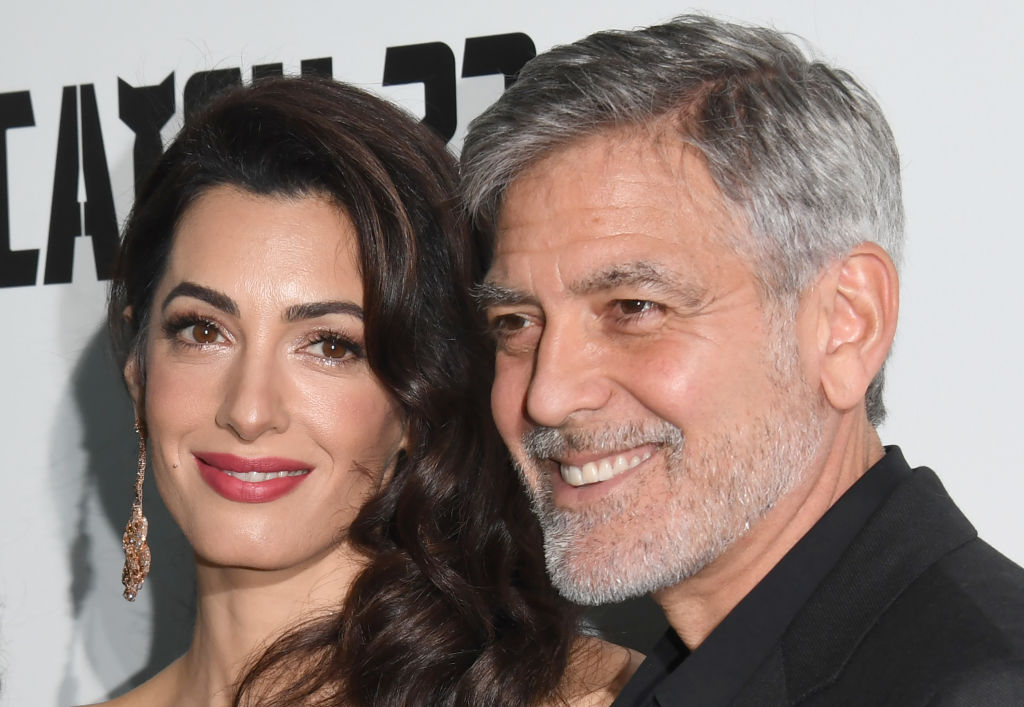 According to the National Enquirer's December 7, 2020 issue, Amal Clooney has banned her henpecked hubby from riding motorcycles, according to their sources.

The 42-year-old lawyer and humanitarian has ordered her "Ocean" star husband to give up his motorcycles after escaping death in a terrifying crash that almost cost him his life.

The source revealed, "Amal put her foot down so strongly about motorcycles because she was terrified George would die if she didn't."

"He's a stubborn guy who loved to ride, but she pointed out that he's a dad who owed it to their twins not to play Russian roulette with his own safety."

As the Enquirer previously reported, the 59-year-old Tinseltown hunk worked in Italy in 2018 when he smashed his scooter into a car and hurled through the air, which cracked his head and slammed on the ground.

"After that, Amal told George to quit bikes and any other dangerous, daredevil-type activity."

Thankfully, the actor saw some sense in what Amal was saying and listened to her.

But according to the sources, their six-year marriage continues to be shaky amid their endless home renovations. George is also not happy, allegedly, that his man cave is being turned into a nursery for their twins.

Being stuck together in their Los Angeles home during the pandemic also didn't help their marriage - as their once love-dovey union has reportedly turned upside down.

Previously, George Clooney wined that he cut his own hair, cut his kids' hair, mops, and vacuums the house, has been doing the laundry and the dishes every day.

He likened himself to his mother and her tasks back in 1964.

It also didn't help that his bar and office is going to be given up for their three-year-old twins, Alexander and Ella.

George whined, "It breaks a man down. I sneak a little bottle of tequila inside a couple of stuffed bears so that I can go hang in the room every once in a while."

The total home renovations have continued at George and Amal Clooney's five-acre estate, which is reportedly leaving them at each other's throats, per the Enquirer's sources.

The budget has allegedly skyrocketed to over $1 million due to the coronavirus pandemic-related delays, and the construction has confined the couple to close quarters with their kids - and "they're constantly bumping heads."

"These past few months have been hell on the Clooneys," the source said.

"They're stranded in a small area of the house where they can't get out of each other's hair. They're fighting about everything."

They added, "No one knows they'll be able to make it through this."

While it's true that George Clooney was in an accident in 2018 and has given up his man cave for his kids, his marriage to Amal Clooney is doing just fine - so it's still best to take this report with a grain of salt.

The National Enquirer is also known to publish false stories about celebrities without evidence.