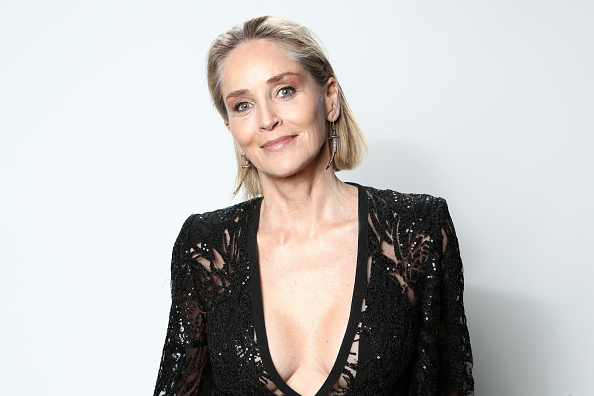 Sharon Stone is just as surprised as many others that she can still model at her age of 62, but she obviously still got it anyway.

Stone, who became a Hollywood sex symbol when she took on her iconic role in the 1992 thriller "Basic Instinct," never lost what made her so hot and endearing in the first place.

In her 60s, she has continuously landed great projects, especially this year, which made her ponder and reflect on the blessings she has been given. The model was quite humble and grateful for the opportunity, even though she is already a household name.

"I am not only astounded but grateful that I am still modeling at 62, La Dolce Vita, Thx to everyone who hired me this year," she captioned alongside a photo of herself on Instagram.

In the IG photo she posted,  Stone can be seen posing provocatively in a black bodysuit and yellow pumps. Her long shapely legs are to die for, especially for a woman her age. Apart from the cleavage-baring body suit, Stone completed her look with a long-sleeved colorfully patterned silk blouse that was left unbuttoned at the front to display her toned body.

She can also be seen seated on the arm of a sofa underneath a large portrait of Mariliyn Monroe cuddling a pillow in bed. The model and actress tilted her head back slightly while one hand touched her short blonde hair, as reported by Daily Mail UK. It's one of the classic model poses that she does so well.

Sharon Stone's Other Side

Stone is not just a successful model and actress. Outside her career in front of the camera, she's a known philanthropist.

She acquired a big name and a massive net worth because of movies such as "Total Recall," "Sliver," "Catwoman" and "Bobby," all while posing for the biggest brands and magazines. But Stone used her fame to support research into HIV/AIDS and help those who are diagnosed with the incurable disease.

Earlier this month, she and her good friend Dr. Anthony Fauci were honored for their commitment to the cause at the Treatment Action Group's virtual Research in Action Awards.

Sharon Stone recently said her love life is not as colorful as her professional life though.

Speaking with Closer Weekly, she joked that despite the fact that she still sizzles, her love life these days is "like a comedy." She then told an iconic story about being removed from the dating platform Bumble last year because no one believed it was really her.

"I wish I'd stayed kicked off it!" she said.