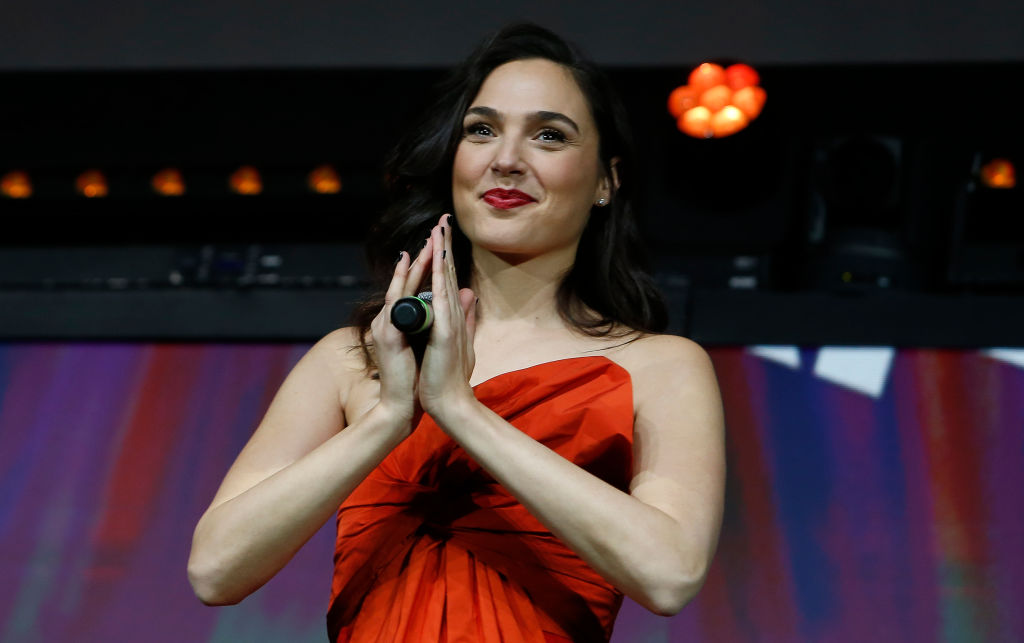 Gal Gadot showed that she is truly a wonder woman after making history at the 2020 MTV Awards.

The 2020 MTV Movie & TV Awards presented its newest honorees this year, and the "Wonder Woman" star was its first-ever recipient.

On Sunday, the award-giving body hailed Gadot as the winner of the first She-Ro award. The recognition specifically acknowledges her efforts in becoming an inspiration to women.

The inaugural award also applauded her for her role in the superhero flick "Wonder Woman" and for inspiring young women to achieve whatever they want to do in their lives.

Meanwhile, Gadot thanked MTV in a pre-recorded video message and revealed how special playing the role of Wonder Woman is for her.

"It's been one of the greatest joys in my life to play this character. She means so much to me and I know how much she's loved by all of her fans," she said. "So, to be a part of her legacy is truly, truly, truly special."

The 35-year-old Israeli actress also expressed her gratitude for being the first one to receive the accolade.

Meanwhile, Gadot took her time to mention her upcoming movie "Wonder Woman 1984" and said that she already wants her fans to see it soon.

"I am so excited for Wonder Woman fans around the world to take this next journey with me in 'Wonder Woman 1984.' I can hardly believe that we are finally getting to experience it, but I think you'll feel it's been worth the wait," she went on.

Unfortunately, the coronavirus pandemic caused the movie theaters to close down, so the media giant moved the release of the sequel thrice--in August, October and then this month, December 2020.

Earlier this week, movie critics already saw the film in an early screening and offered nothing but positive feedback.

For instance, Germain Lussier of Gizmodo and io9 claimed that director Patty Jenkins truly gave it all in the film.

"Yesterday I saw Wonder Woman 1984 at home & it was everything I needed & more. The movie is hugely ambitious, incredibly exciting, and full of much needed hope," he wrote on Twitter.

After seeing it for the first time, Lussier and other movie critics seemingly felt confident that Gadot's film will be a blockbuster hit.

According to Warner Bros., the highly anticipated superhero flick will reach theaters and the online platform simultaneously on December 25.

Meanwhile, it will reach international markets on December 16, a week earlier than the US release.

As Gadot received the exemplary award weeks before her film's release, many of her fans and colleagues took their time to congratulate the actress.

Sofia Carson, who presented the She-Ro award, shared a clip from MTV and wrote, "Congratulations @GalGadot. You inspire me & girls in every corner of the world to be their own kind of she-ro's... My deepest admiration for you."

One fan said, "Congratulations gal you truly deserve this award you did an incredible job in the wonder woman movies i can't wait to see #WW84 it's gonna be epic."

"congratulations my love you more than anyone deserves this award i am most proud to be your fan," [sic] another one added.