Kourtney Kardashian and her family reportedly don't think or talk about Scott Disick and his new girlfriend, Amelia Hamlin.

Thankfully, Kourtney and Scoot are great co-parents to their three kids, Mason, Penelope, and Reign.

According to a Hollywood Life report, the "Keeping Up With the Kardashians" stars are aware of the 37-year-old's new romance. However, it's not something that the Kardashian clan is focused on right now."

An insider told the outlet, "The Kardashians aren't talking about Scott and Amelia. It's not something that's coming up often in conversation. They honestly want Scott happy." 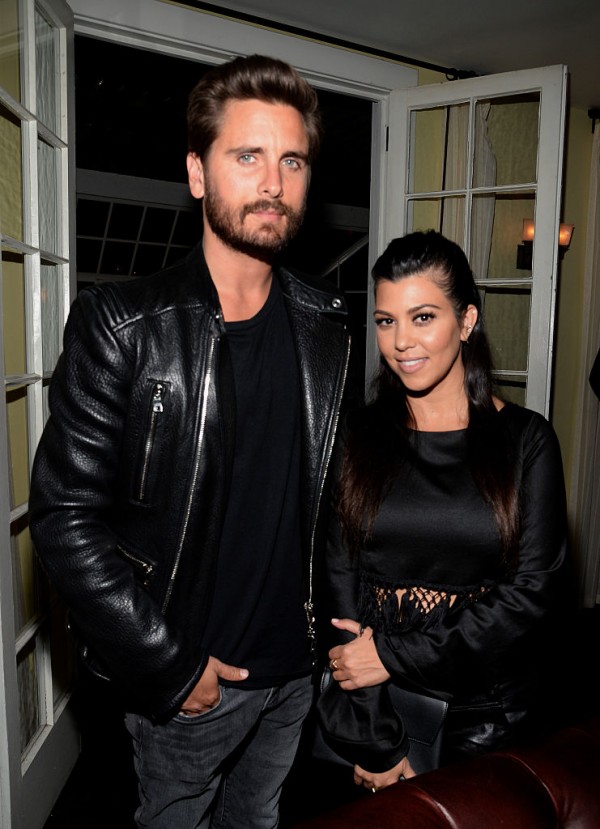 But Kourtney and Scott "still communicate" with each other even though he's with 19-year-old Amelia.

"Kourtney is protective of the kids but also lets Scott live his life. they still communicate daily."

Just like how the Poosh founder did with Scott's ex-girlfriend Sofia Richie, it would also take a while she warms up to the idea of Amelia Hamlin if she ever sticks around, the source said.

But lucky for Scott Disick, Kourtney Kardashian trusts him.

"She trusts Scott to make good choices when it comes to the kids."

Kardashian matriarch, Kris Jenner, reportedly knows Amelia and her family, which allegedly seems to help with the KarJenner's opinion of her being involved with Scott romantically.

The insider shared, "Kris knows Amelia because of Lisa Rinna, so she's not a stranger to them, and they know she's a nice girl. The other girls know her but not extremely well."

Though Scott Disick and Amelia Hamlin have been spotted way back Halloween, the couple is said to be hesitant to make their relationship exclusive.

An insider told E! News that the Talentless founder told his model girlfriend that he doesn't want a serious relationship and that she's also on the same page.

"Scott and Amelia are talking and hanging out, but neither is looking for anything serious."

They have also spent time at the dad-of-three's home and sometimes would get out of Los Angeles for some beach trips.

Unfortunately, their relationship exists in a bubble away from his role of being a father.

The insider said that though Scott enjoys Amelia's company, "She doesn't spend time with the kids at all, and Scott only sees her on his days off from the kids."

Meanwhile, Scott Disick and Amelia Hamlin's relationship is raising many eyebrows because he's once again involved in a woman way too younger than him.

Lisa and Harry, Amelia's parents, are allegedly not concerned about their relationship because they believe it's just a phase and decided they wouldn't want to make a big deal out of it.

But TV host and critic Wendy Williams had something to say about the reality star's 18-year age gap relationship.

She said in her show "The Wendy Williams Show," "I suspect that Scott's got a problem with young girls."

She also stated that his maturity is stunted, so he likes teenage girls and not women close to his age.