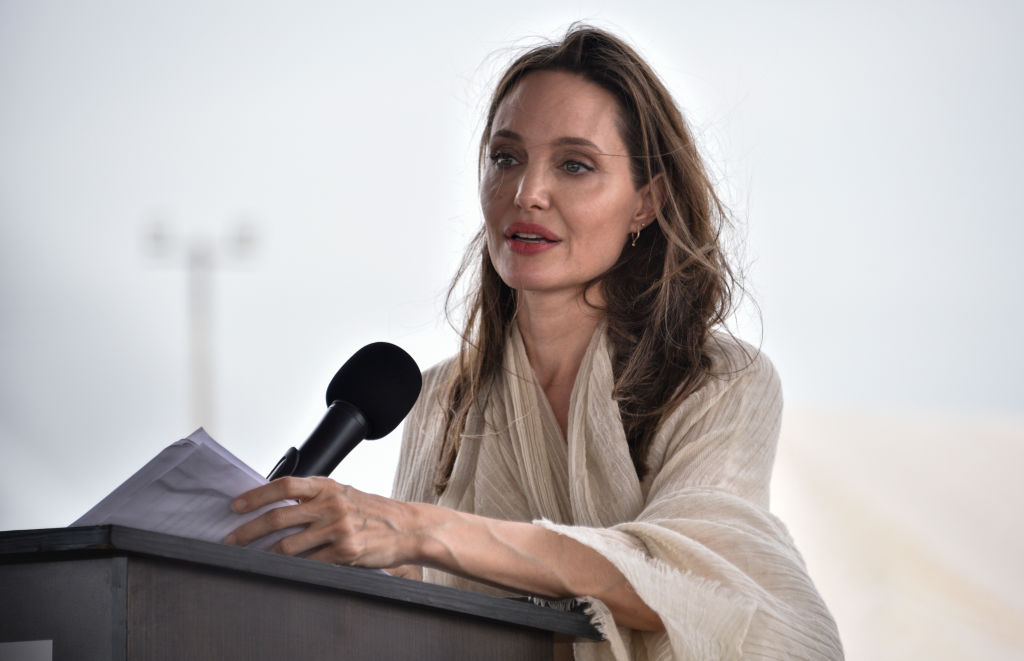 Angelina Jolie is consistent about the causes she is supporting and has been vocal about them every chance she gets. This is evident in how she talks about domestic abuse and what women who are placed in that harrowing position should do.

This time, she has released a statement on what victims of domestic abuse should do over the holidays, if they feel stuck with their abuser and fear being abused. She's presently promoting the UN's 16 Days of Activism campaign designed to "to prevent and end violence against women and girls."

"Talk to someone. Try to find allies," she said. "Be connected for emergencies. For example, you can agree a code word with a friend or family member, which tells them if you are facing an emergency. Begin to build a network and gain knowledge."

Angelina Jolie gave some "real talk" in discussing what people fearing domestic abuse should do over the holidays. According to her, it is a fact now that not all relatives and friends can help. Some will even deliberately turn a blind eye into what they can see.

"It's sad to say, but you can't assume all friends and family will always want to believe and support you. Often it will be strangers who help. Or other victims, support groups, or faith groups."

Jolie then advised people to be vigilant too in noticing other people who might be in a domestic abuse situation. She has specific advise on what to do when one has knowledge of another person being abused over the holidays.

"Try to stay close and present in their lives. Make it clear that you are there for them. Another thing we can all do is educate ourselves," she said.

Since the COVID-19 pandemic broke out up until the present, Jolie has already made several reminders on what people should do when faced with abuse, can face abuse, or know someone is being abused.

Back in April, she focused on the plight of young kids forced to stay in their homes with their abusive parents.

These students no longer have their schools to run to in cases of abuse at home. Jolie advises neighbors to be vigilant of children possibly being abused.

Back in October, she penned an op-ed in Time Magazine. She wrote that the pandemic is undoing the gains or headway made by women through the decades. "It is over half a century since the UN Universal Declaration of Human Rights promised equal rights for all women, yet basic rights, protections and freedoms are still nonexistent in some countries," she wrote.

"In others, they are built on such fragile foundations that it seems the pandemic might sweep them away," she added.

She clarified then that she is not blaming the coronavirus, but humans who are fine with unjust laws and social inequality, or even benefit from these.