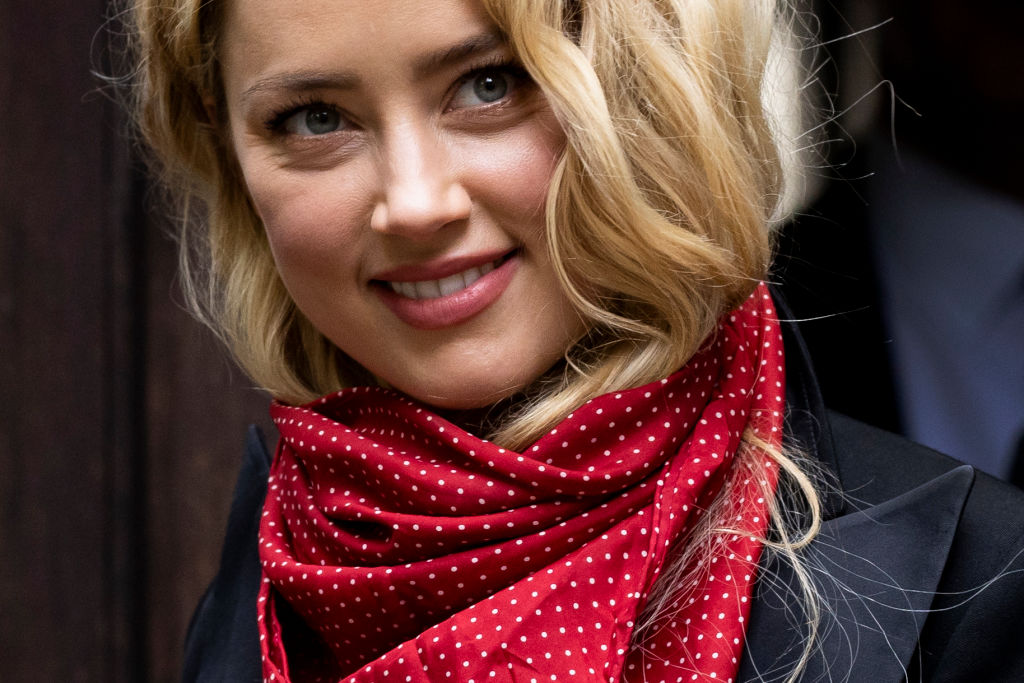 Heard might have earned a nod from the UK's High Court after Judge Justice Nicol said that 12 out of 14 abuses by Johnny Depp were proven substantially true.

However, she appears to be showing the signs that she is capable of committing the same allegations.

On Twitter, a viral video emerged showing the "Aquaman" star holding her dog, a Yorkshire terrier, with its head out of the window of a speeding vehicle.

Her critics were quick to call her out, especially since she previously accused her ex-husband of doing the same thing.

According to critics, Heard seemed to be focusing too much on recording the clip instead of holding the pet carefully.

One Twitter user quoted what the actress claimed against Depp in the past alongside a copy of the video.

"Amber Heard: 'Johnny Depp held my teacup Yorkshire terrier out of a window in a speeding car. We were all so shocked and scared for my tiny defenseless dog,'" the user said before finding fault in the clip.

Meanwhile, other users also took their time to voice out how they felt upon seeing Heard endangering her pet dog.

One person said, "Poor pooch looks like she wants to make a run for it. So, is that the "tiny defenseless dog" that left a 5 pound dump in Johnny's bed? Quite a remarkable little animal!"

The user referred to Heard's counterattack on Depp's claims about how the actress allegedly pooped on their bed as a "prank."

Heard, in return, said that it was their dog who actually defecated on their bed.

"I'm pretty sure almost every allegation that Amber has made against Johnny is something she is actually guilty of herself," another one said. "It's all projection. She isn't even original enough to make things up."

The fact that she harmed Depp by accusing him of doing a similar act made people slam her even more.

What Heard Claimed Before

During the second day of their latest trial, the "Pirates of the Caribbean" actor received the accusations from the witness stand.

According to Heard, Depp reportedly harmed their teacup Yorkshire terriers, Pistol and Boo, in several instances.

Per the actress, Depp allegedly dangled their tiny dog out of a speeding car's window. But the actor debunked the claims and saw them as "absolute utter falsity" and "fraudulent."

"No ma'am, I don't think hanging an animal, a small defenseless dog that weighs three pounds out of a window is fun," Depp said when questioned whether he found the act funny.

In another instance, Heard brought up how Depp joked about putting Pistol inside the microwave.

The actor then hit back and said that it was actually a "running joke" created by Heard's family themselves.

"I wasn't the inventor of that joke. I wasn't the only one who brought things like that up," Depp went on.

Despite defending himself with all his might, Depp lost his case against The Sun over the libel case. However, he is preparing himself in his defamation case against Heard next year.