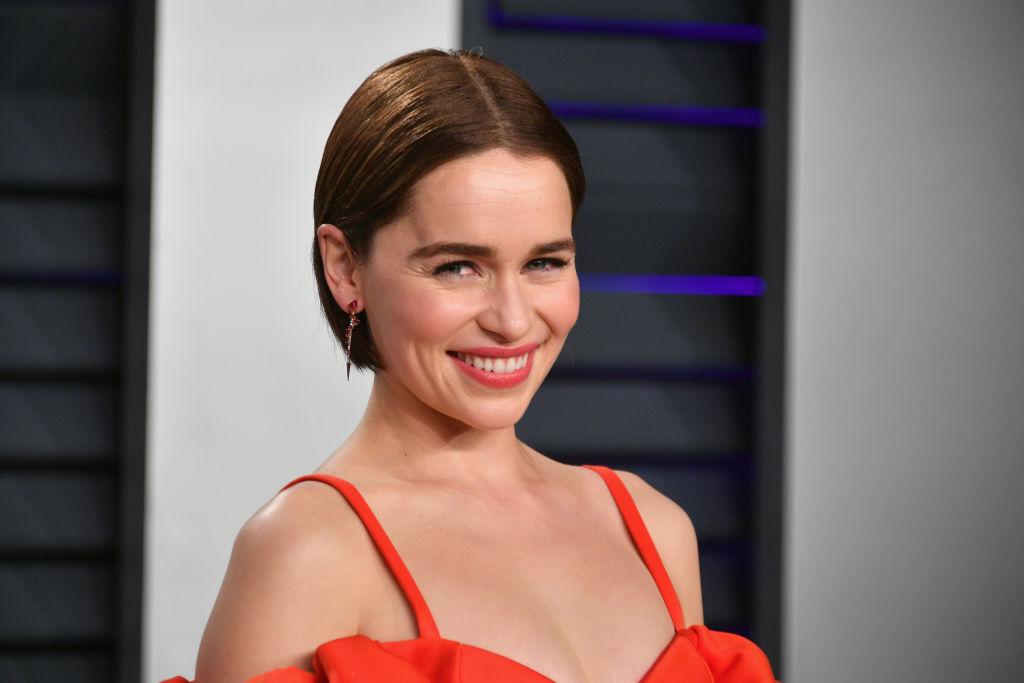 Amid the Johnny Depp-Amber Heard drama, a fan-made design of Emilia Clarke in a Mera costume is going viral.

The buzz about Heard being replaced by Clarke is not going away, not with the Depp-Heard issue still very much alive. In fact, more and more fans are demanding for Amber to be removed and replaced from the popular "Aquaman" franchise.

While many potential actresses can play Mera's role, a new concept design perfectly showed how Clarke could nail the character of Mera if she were to replace Heard.

A digital artist with the Instagram username "valentinromeroart" take "Aquaman" fans to another world by showing a new Mera.

In his design, he gave the "Game of Thrones" star the updated costume of Mera for "Aquaman 2," obliging to the desire of several fans to reunite Clarke with "Aquaman" actor Jason Momoa.

This time, Clarke can be seen ditching Daenerys Targaryen's white locks and rocking a red hair under a golden crown instead. The digital artist also added a highlight on Mera's green scale suit to add "more power" to it.

"What do u think its going to happen?" the artist captioned the post.

As of press time, it has garnered a thousand likes and comments from fans.

Meanwhile, "Aquaman" viewers left their opinions on the platform and seemingly supported the idea of Clarke replacing Heard.

"I like Emilia Clark and I support Johnny Depp, a very good actor," one fan said. "Will not watch Aquaman 2 if Amber Heard will still be Mera. By the way, great art work."

"She's always been a great choice," another commenter added.

Another one wrote, "I am DC over marvel kind of guy but if the continue to cast amber I say goodbye to cinematic movies...the animated ones are better anyway."

For the past few months, the petitions "Emilia Clarke to replace Amber Heard as Mera on Aquaman 2" and "Remove Amber Heard from Aquaman 2" continuously win people's attention. As of writing, the appeals have 19,000 and a whopping 1.7 million signatures, respectively.

Meanwhile, fans and viewers also warned that they might end up boycotting the "Aquaman' franchise if it will still feature Heard.

Aside from Clarke, fans added Blunt to a long list of potential actresses who can be the next Mera.

A source of We Got This Covered said that Blunt caught the eyes and attention of Warner Bros. and DC Entertainment.

Despite the calls for her removal, Amber Heard stood firm and confirmed her return to the "Aquaman" franchise.

In an exclusive report by EW on November 12, the actress expressed her excitement about playing her role as Mera again in the upcoming "Aquaman 2."

This debunked all the rumors surrounding the billion-dollar film franchise. While her role has not been confirmed yet, it is worth noting that there had also been reports that she could have a reduced role in the film.