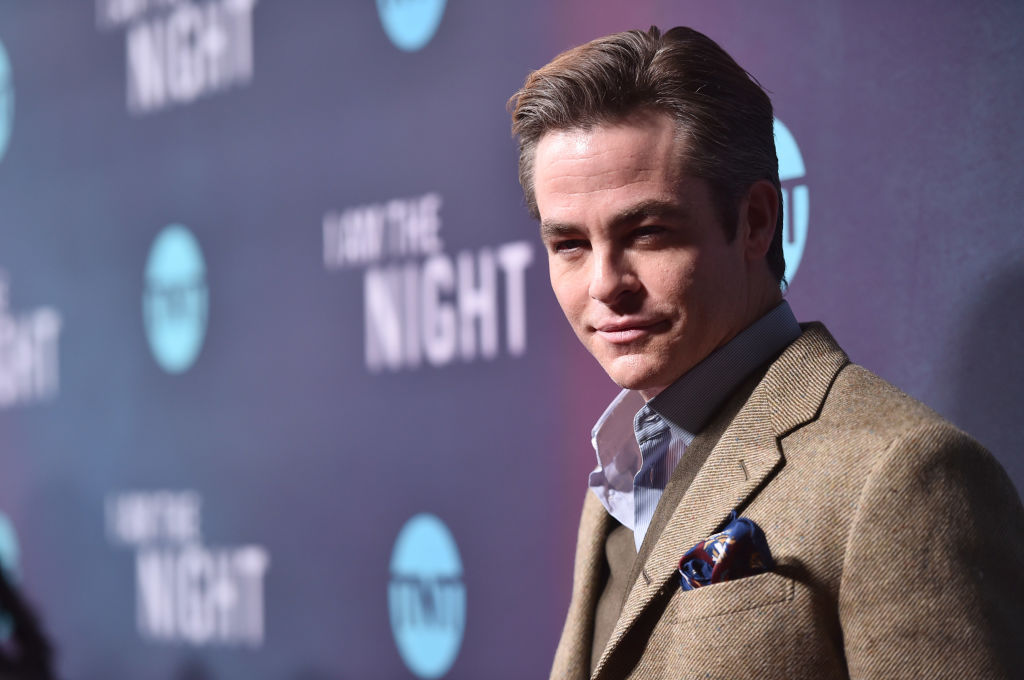 Chris Pine could welcomie 2021 with a bang if he accepts the lead role in the upcoming "Dungeons & Dragons" film.

The news came after The Hollywood Reporter cited that the "Jack Ryan" actor is in talks to star in the much anticipated film adaptation of the fantasy role-playing game.

Directed and written by Jonathan Goldstein and John Francis Daley--the duo behind the 2018 action comedy film  "Game Night" starring Rachel McAdams and Jason Bateman--the live-action movie is said to be based on a draft by Michael Gilio.

Aside from the 40-year-old California born actor, details about other stars who will join the forthcoming film are still under wraps. However, the line-up "will likely be a star-studded ensemble cast," per Vulture.

Earlier this year, Entertainment One partnered with Paramount to co-produce and co-finance the film, alongside former Marvel Studios executive Jeremy Latcham, who will also serve as the film's executive producer.

In a report cited by Variety: "Entertainment One made the announcement noting that the partnership with Latcham follows eOne's acquisition by Hasbro earlier this year and will further power eOne's ability to produce wide-appeal film and television content designed for a global audience from Hasbro's library. "Dungeons & Dragons" is managed by Wizards of the Coast, a Hasbro subsidiary."

Prior to this news, the film adaptation of the fantasy role-playing game was originally picked by Warner Bros. and had "Goosebumps" filmmaker Rob Letterman to direct it. At the time, "The Fault in Our Stars" actor Ansel Elgort was working his way up to leading-man status and was considered to play the lead role.

Unfortunately, due to legal battle with the ownership rights between Sweetpea Entertainment and Hasbro, "Dungeons & Dragons" was moved to Paramount and is now trying to cast Chris Pine as the main star.

Fans (and Not Fans) React!

Following the news about the "Star Trek" actor possibly joining the film, fans flocked to Twitter to show their excitement towards the surprising update.

Meanwhile, a second fan seemed to be thrilled for Pine to join the cast of the live-movie adaptation. However, the said fan also wanted Joe Manganiello to be in the upcoming movie.

"Chris Pine is that Actor I want to have in my movies in the future. His charisma and wits is great was Kirk and I'm happy for him for the #dungeonsanddragons film but you also need @JoeManganiello involved heavily as well!"

Unfortunately, some aired their disappointment towards Paramount's choice of Pine as the possible lead star.

"The chris pine dungeons and dragons movie is going to be so bad and I'm going to be in the front row watching it," a critic tweeted.

Aside from "Dungeons & Dragons," the Hollywood actor has reprised his role as Captain Steve Trevor and will be returning to the forthcoming "Wonder Woman 1984" which is set to be released this December 25.