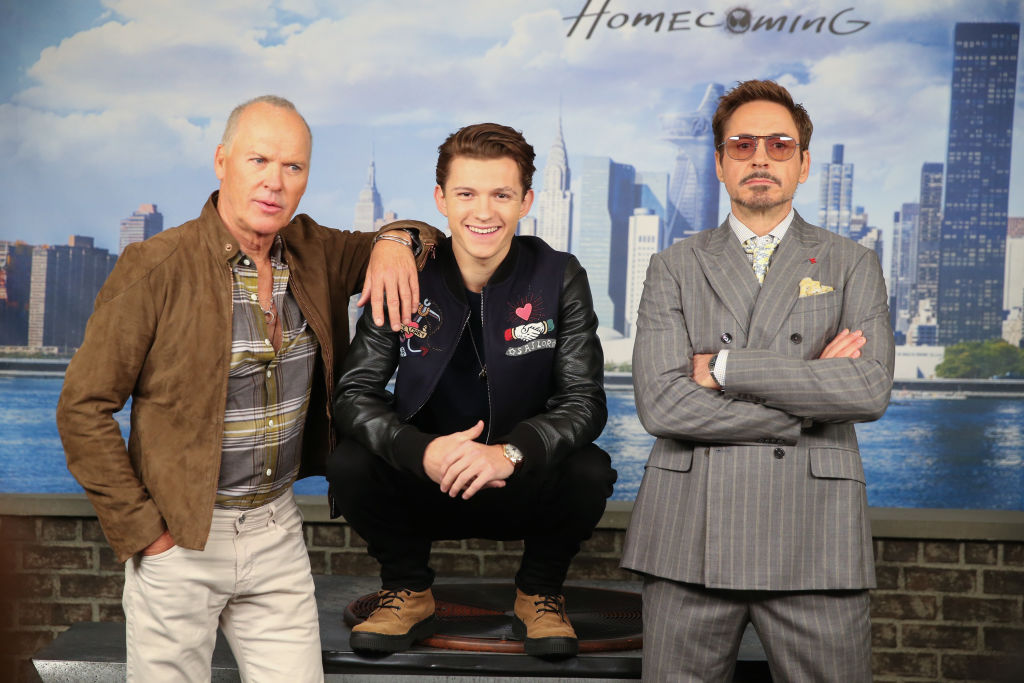 Some villains are simply as memorable and even, well-loved, as the main protagonists. This can be said of the of the Green Goblin and Sandman from Tobey Maguire's "Spider-Man."

With that said, fans can now rejoice because it is possible they can still catch the two wrecking more havoc on Spider-Man's life in the near future.

New rumors have it that even though multiple and separate Spidey worlds are already being planned to collide in the MCU's "Spider-Man 3," fans can see a few more.

The Illuminerdi alleged that Willem Dafoe and Thomas Haden Church are returning to the franchise and reprising their roles as Green Goblin and Sandman, respectively. The two are very popular villains in their own time, and fans have never truly forgotten them.

The site, however, noted that it is unclear up to what extent the role of either character would have in the film, if they truly return.

These rumors seem doubtful right now though, considering Green Goblin's fate the last time fans saw him. However, they are not that impossible either. With a tweak in the storyline and the help of technology, a spanking new Green Goblin can join the already exciting cast of "Spider-Man 3."

If they return though, they'll be joining earlier reported villains that are also returning.

Electro and Otto Octavius Returning or Not?

The Hollywood Reporter has also claimed that Jamie Foxx, who played the villain Electro in the "The Amazing Spider-Man 2," will be returning. The actor also shared the news on his social media but quickly deleted it. It's unclear what that means.

He was the villain when the superhero was played by Andrew Garfield.

"Super excited to part of the new marvel Spider-Man new installment," Foxx wrote in the now-deleted tweet. "And i won't be blue in this one!! but a thousand percent badass!!!"

Furthermore, the site noted that Otto Octavius could return as well. Nevertheless, Marvel and Sony have neither confirmed nor denied these rumors.

If the rumors are true, then the upcoming installment of the "Spider-Man" franchise will have several villains creating chaos--which is always a good thing in a superhero film.

This latest developments emerged following rumors that both Andrew Garfield and Tobey Maguire are set to reprise their roles as Peter Parker. The reports also alleged that Kirsten Dunst will return as Mary Jane Watson, and Emma Stone as Gwen Stacey.

These rumors were fueled by photos shared by Just Jared, which also noted that Maguire "was spotted arriving for a costume fitting on Wednesday (December 9) in North Hollywood, Calif."

Nothing has really been set in stone yet, it seems. But fans' excitement is already palpable, with many simply thirsty for information. It also appears that they are not that averse to the idea of Tobey McGuire returning in his suit.

A new fan art of the actor as a battle-hardened Peter Parker have emerged, showing fans thinking in the lines of, "Why not?"

The image looks really cool and very realistic, as reported by Cinema Blend. After all, it has been over 10 years since Tobey Maguire took on the role of Peter Parker. To return for the upcoming film, he has to look so much older, or else it will not feel realistic--especially if he is starring opposite Tom Holland.

In one piece of fan art, Tobey can be seen covered in literal scars, as an ode to all the battles he must have fought as a professional superhero through the years.