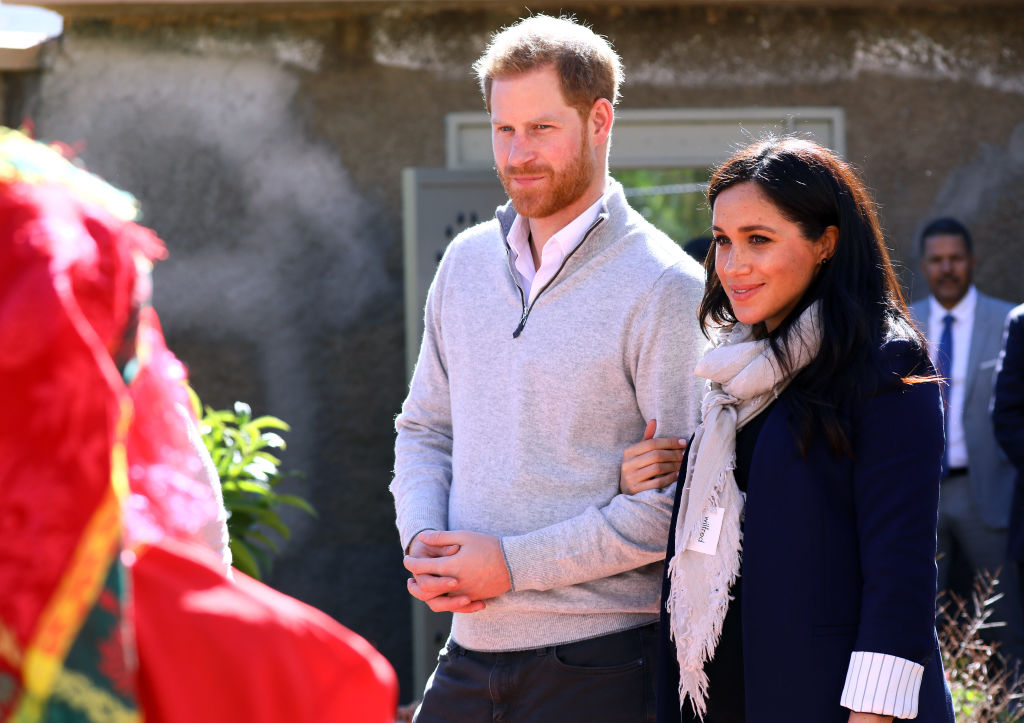 Meghan Markle, Prince Harry and their growing little family are the most popular figures in the world. At least that what a new Twitter data suggests.

Harper's Bazaar recently compiled Twitter's data and determined who the most-talked-about royals on the platform are.

After finalizing the report, Meghan Markle's Twitter power and influence stood out, as the Duchess of Sussex topped the list followed by Prince Harry.

For what it's worth, the ex-royals do not even have an active Twitter account since leaving the Firm. Meanwhile, other members of the monarchy like Queen Elizabeth II, Prince Charles, Prince William, and Kate Middleton have their royal accounts on Twitter.

Per Harper's Bazaar, the royal family has garnered over 20 million tweets this year. Moreover, according to the outlet, the so-called Megxit, multiple appearances and engagements, and her New York Times essay about losing her baby might have pushed Meghan to the top spot.

"There has always been a steady conversation about the royals on Twitter, but this year we've seen the appetite for royal information, stories, and history explode," senior manager of entertainment partnerships at Twitter, Jenna Ross, suggested.

After Meghan and Prince Harry, Queen Elizabeth II and Princess Diana took over the third and fourth place, respectively.

"The Crown" Season 4 catapulted the late princess' name onto the Top 5, which speaks volume how Princess Diana remains the People's Princess.

Prince Charles made it to the fifth spot mainly due to his COVID-19 diagnosis and the controversial revelations about his marriage with the Princess of Wales.

Placing sixth, Prince Andrew unceasingly got people's attention due to his alleged association with the convicted sex offender Jeffrey Epstein.

Prince William and Kate Middleton came next, while Prince Philip ranked ninth on the list.

Meanwhile, the youngest royal family member to make it to the Top 10 is the Duke and Duchess of Cambridge's daughter, Princess Charlotte.

Despite being the top royals on Twitter, it did not save the couple from getting rejected by the people.

During an interview with LBC Radio (via The News International), royal commentator Phil Dampier called out the royal couple for using their royal links after Megxit.

"I think if they want to carry on, really they ought to drop the Duke and Duchess of Sussex titles," he said before issuing a warning about the "difficult" effects of cashing in on their royal ties.

In addition, a body language expert accused Meghan Markle of copying Queen Elizabeth II in her and Prince Harry's trailer for Spotify.

"Despite the fact that 'just Harry' has already introduced himself, Meghan switches to a regal-sounding formality when she then refers to 'My husband and I...' as though he weren't actually present with her," Judi James told Femail.

The phrase has been famously used by Her Majesty, so it surprised them to hear the duchess use the phrase as well.

Sure enough, while the Twitter domination is good for the royal couple and their desire to live a financially independent life, most Meghan Markle news this 2020 have been negative. With that said, the Duke and Duchess of Sussex is unlikely to escape controversy any time soon.