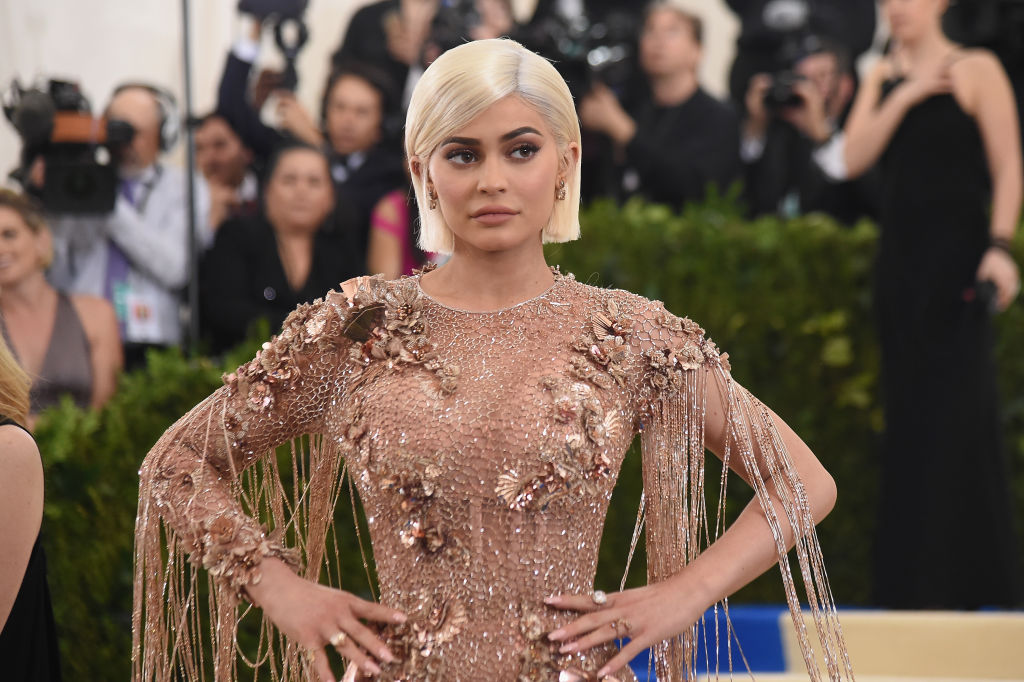 It was supposed to be just a quiet shopping trip for Kylie Jenner - but unfortunately for her, she was greeted with angry protesters on Beverly Hills' Rodeo Drive.

Just as the 23-year-old Kylie Cosmetics mogul stepped into her car, four anti-protesters surrounded her vehicle and started yelling at her.

A video obtained by TMZ showed the activists yelling at Kylie Jenner for shopping fur products and supporting the fur industry in general. They have megaphones so it was hard to tune them out.

One person yelled on their megaphone, "Shame on you! You're a monster! Shame on you for supporting the fur industry!"

Other protesters also carried placards with written words, "Wear your own skin" and "Stop the abuse."

They crowded the corners of the luxury lane destination and even the "Keeping Up With the Kardashians" star's car.

After some brief scuffles, Kylie Jenner was able to get out of that shopping location and on to the next one as people continued to snap photos of her in the passenger seat.

Despite what had happened, the youngest sister in the KarJenner family appeared undisturbed.

She looked relaxed and casual for her Christmas shopping trip, wearing a zipped-up jacket with a long-sleeved grey shirt that covered her hands.

Stormi's mom partnered her jacket with a pair of high-waisted jeans and white sneakers.

She completed her ensemble with gold earrings and a gold watch while carrying a blue leather bag.

Kylie also took precautions against the coronavirus by donning a nude face mask while socially distancing it from other shoppers.

Because she has a net worth of almost a billion dollars, Kylie Jenner can request whatever she wants - especially if she wants to close a store just for her.

This wasn't the first time the Kylie Skin creator was slammed for wearing fur.

In January, she was blasted for wearing a pair of real mink fur slippers from French fashion house Louis Vuitton, just hours after she shared a picture of a koala bear being rescued in the Australian wildfires.

She captioned the picture, "Over half a billion animals have been killed in Australia. This breaks my heart."

One Twitter user blasted her on Twitter, saying, "Crying about Koalas dying while literally wearing the skin of this animal as slippers on her feet. Can she just shut the f--- up already?!"

Another angry social media user said, "That awful person @KylieJenner posted about koalas dying in Australia then posted herself wearing slippers made from ANIMAL fur."

Her older sister Kim Kardashian stepped in to defend her, writing, "Nothing gets me more heated than to see people think they know what we donated to and to think we have to publicize everything."

The KKW Beauty founder revealed that she and her sisters had contributed to relief efforts in Australia but didn't make it public.

But angry people cannot be appeased with their donations because their actions breed contempt and irony.

Many people have given out evidence of the KarJenner clan's enormous carbon footprint, including private-jet use and many more.