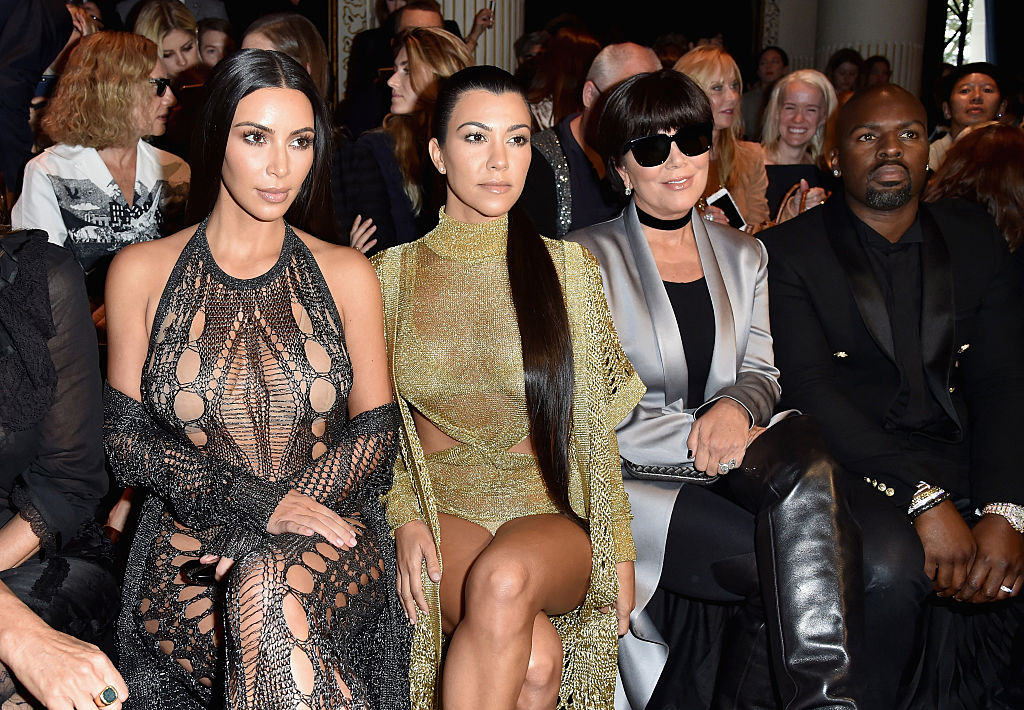 Kim Kardashian is getting trolled and questioned by social media users once again after an alleged Photoshop picture of her sister.

Many fans believe that Kourtney Kardashian was photoshopped into the KarJenner's latest family picture when they were all in Lake Tahoe a few days ago.

This all started when Kim Kardashian took to her Instagram to share a photo of the entire clan on their luxurious vacation.

People on Kim Kardashian's Instagram immediately took to the picture's comment section to say their thoughts on Kourtney's placement in the family picture. 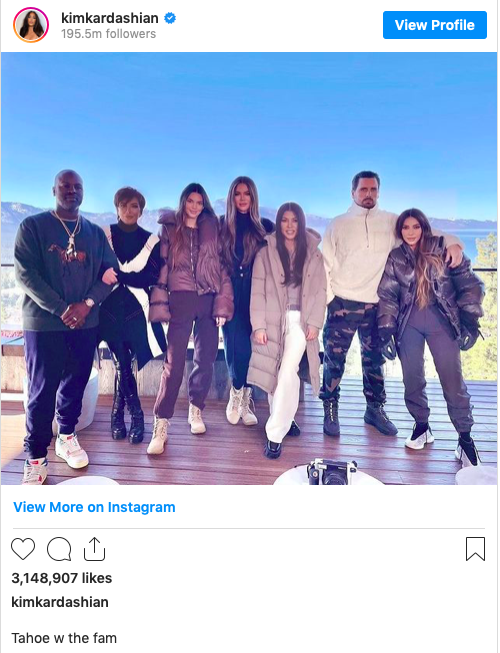 One person asked why the mother of Mason, Penelope, and Reign looked "like an added ghost."

Another person accused the KKW Beauty mogul of getting "heavy-handed with the shadow boost tool."

Another user said that Kourtney looks like "a cardboard cutout."

But others took to the "Keeping Up With the Kardashian" star's defense saying that it was just good lighting.

"Nope, she is GLOWING. That's why" one person commented.

But according to an insider who recently spoke to Page Six, Kourtney Kardashian was indeed in Lake Tahoe with the rest of her family and was not photoshopped in.

"It's the lighting. It's backlit," they told the outlet.

The entire Kardashian-Jenner family has been accused of numerous blunders throughout the years.

A photo uploaded for an advertisement for Kim Kardashian and Kylie Jenner's perfume collaboration appeared that the two sisters had six toes.

Another one was when Kourtney was accused of editing her picture after posing nude in a bathtub in 2019.

Of course, who could not forget about Khloe Kardashian, who has been slammed dozens of times for overusing FaceTune to edit most of her Instagram selfies this past year?

Meanwhile, it has been noticed by numerous fans that Kanye West wasn't in Lake Tahoe with his wife, where her family was a few days ago.

He appears to be missing from another family outing, which adds fuel to the rumors that the Yeezy creator and the reality star are separated but together.

According to reports, they are sticking with their marriage because of their four children but are already living independent lives.

An insider told Hollywood Life, "Kim and Kanye are struggling to stay together as a couple and have for quite some time now."

"It doesn't seem like she'll ever actually file for divorce, at least anytime soon. They are living separate lives right now and have for a while."

READ MORE: 'Sex and the City' Reboot Will Happen Without Kim Cattral -- Here's Why!