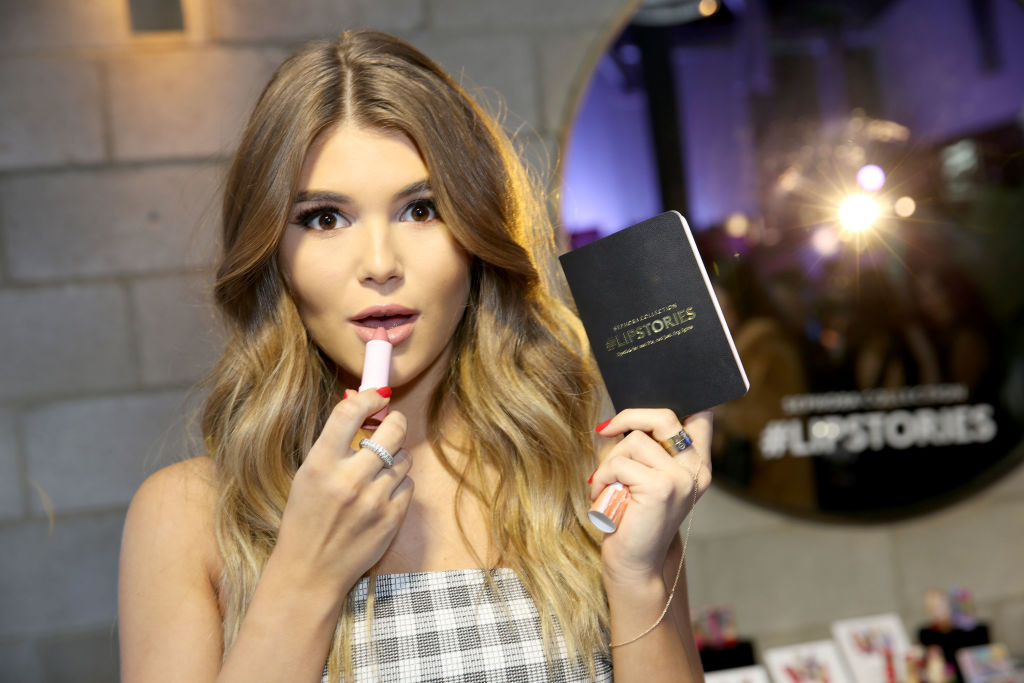 Lori Loughlin's daughter Olivia Jade is now raring to go back to her fans and put the college admissions scandal that her whole family was embroiled in for the most part of the year.

To think of her social media presence might be premature though and looks insensitive for some.

While her mom was granted an early release from prison however, her father Mossimo Giannulli is reportedly having a tough time in jail.

Olivia Jade Giannulli told a fan who misses her greatly that she is set to return to YouTube soon. Since she made this pronouncement in TikTok, it is apparently made for the public to find out.

"Please post again on YouTube I love watching your videos!!!," the san said on TIkTok. Jade responded, "Ok I will. I guess I will come back to YouTube." She might have realized the weight of what she said so in a separate TikTok, she added, "What! Ahh!"

It can be presumed that Olivia's newfound optimism for YouTube stems from her mother's release from prison after a two-month sentence for her role in the college admissions scandal. Her dad, fashion designer Mossimo Giannulli, is presentily still completing his five-month sentence. Given the state of the world, and therefore, prison systems today, he was also recently placed in a COVID-19 protective custody.

According to a source who spoke with US Magazine, Mossimo is having tough encounters in prison and occassionally experiencing being "weak."

"He is allowed to call his daughters and son; those are the only good parts of his day," the insider explained. "He tries to sound strong for his children, but because of fear of a COVID outbreak, he has been spending almost all his time in his cell, which has been very mentally taxing," he added.

To want to return to YouTube even if her father is still suffering is not that selfish, since she knows what her parents did was wrong.

She has a total of 1.86 million subscribers on the platform to cater to, after all. It's also been a year since she ceased her YouTube activity last December. At the time, her reason was that she was told that she was not legally allowed "to speak on anything going on."

She gave her first public interview on the admissions scheme however this year. She did not try to excuse her parents or washed her own hands of guilt. Instead, she described herself as a  "poster child of white privilege."