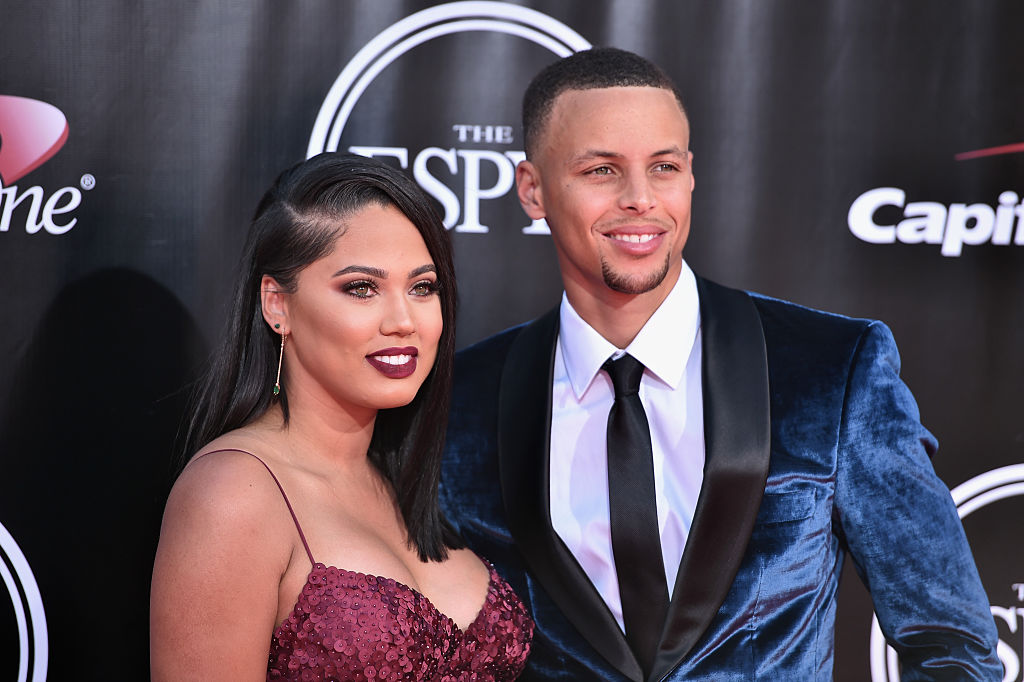 Stephen Curry always has his wife to cheer him on - especially on one monumental milestone.

In the Golden State Warrior star's three-time NBA title-winning career, Curry played like no other. But the game that happened on Sunday night is one that's something worth celebrating.

On Instagram, Ayesha Curry posted a video of her husband on the court shooting hoops and captioned it with, "So proud!" along with a blue and yellow heart emoji.

Ayesha was one of the few people in the stands, and she was accompanied by some of her friends who also watched Stephen dominate the court.

Stephen Curry's massive-scoring game helped the Golden State Warriors to win over the Portland Trail Blazers with a 137-122 score.

After the game, Stephen told reporters, "It was just an opportunity to assert my will on the game early and try to create some energy and get off on the right foot."

"We've seen Steph do so many things here over the years, so many amazing nights. It's just a privilege to coach him. It's not just because of his talent, but because of the way he carries himself, the way he leads."

The 32-year-old, whose previous career-high was 54, is only the second-oldest NBA player in the association's history with a 60-point game, just behind the late basketball star Kobe Bryant.

Kobe hung 60 on the Utah Jazz during his final career game at the age of 37 in 2005, dropping on the Dallas Mavericks in just 33 minutes.

Meanwhile, Stephen Curry's performance slowed down in 2020 after missing out on most basketball season because of an injured hand.

But his wife Ayesha Curry also reminded him of the reasons why he's still an amazing person and kept his spirits up after sitting out on playing for three months.

He didn't even make it to the playoffs and couldn't return to the court in the summer.

"You've been working so hard trying to get your hand better after TWO surgeries in a month and still somehow manage to be the most amazing man, husband , father, friend. YOU SPECIAL!"

Despite playing in near-empty arenas because of the coronavirus restrictions still in place, Stephen's haters are shutting their mouth for previously calling him out for "a slow start" to the 2021 season started at the end of December.