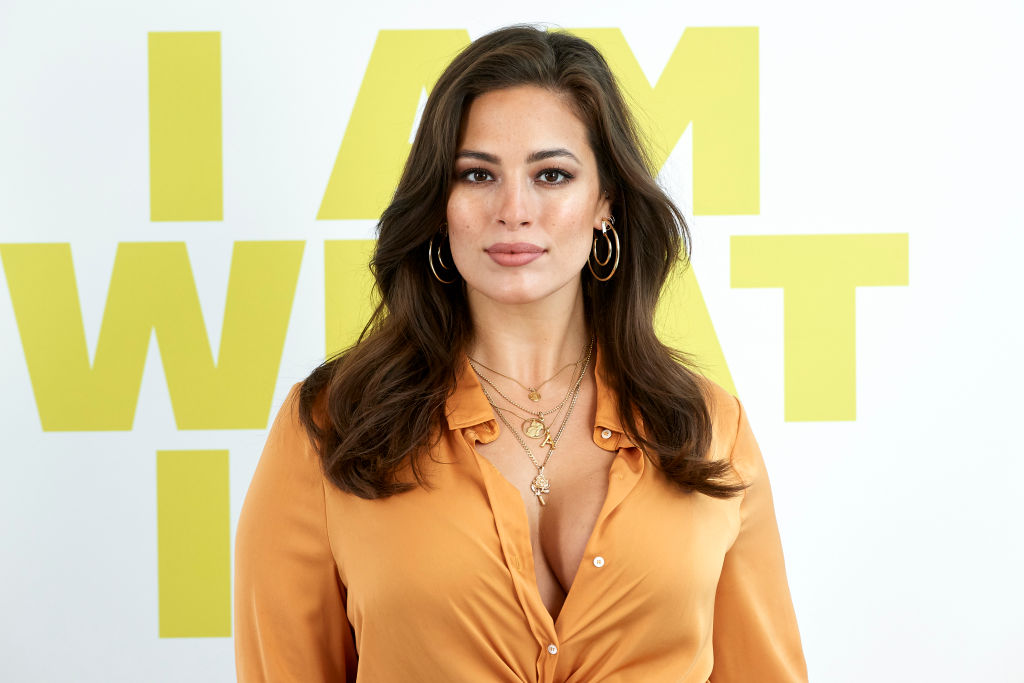 Plus-size model Ashley Graham has shared another sultry picture that showed off her body a year after giving birth to her son.

Over the weekend, the new mom was completely nude in a racy clip that showed off her famous curves.

Ashley Graham, who is all for body positivity, left nothing to the imagination as she posed several clips with only her hands covering her prized possessions.

The Sports Illustrated cover girl wore only a gold necklace that matched her earrings as she sat on the ground with her legs front and center.

In the sexy video, Ashley Graham teased her 12 million Instagram followers as she pushed her cleavage up, and Kelly Rowland's 2020 song "Crazy" played in the background.

The "American Beauty Star" host also seemed to have only put on a light foundation, a nude eyeshadow, and some mascara to accentuate her eyes.

She captioned the clip, "I love me, not every day, but most!"

Fans have immediately taken to the comments section to praise the model's confident Instagram video, including the former Destiny's Child singer.

The influencer didn't just stop at the clips - she continued to post a series of sultry snaps of candid pregnancy photos before she gave birth.

Ashley also celebrated her pregnancy stretchmarks once Isaac was born, saying in a post, "With a new postpartum body, I thought that things were going to feel different and that they were going to look different."

Ashley Graham's nude post came after she and her husband, Justin Ervin, welcomed their firstborn son on January 18, 2020.

The mom-of-one has been using her fame for good by encouraging mothers to feel less shame or embarrassed as she posted a candid video of herself breastfeeding her son Isaac.

While she continues to be a mom, pumping milk and storing it in the freezer, Ashley Graham continued to work as a model, attending fashion extravaganzas and gracing the catwalks.

In an adorable video she posted of her feeding Isaac, the former "America's Next Top Model" star gushed, "Reunited after four days! I pumped almost every 3 to 4 hours to keep my supply up while I was in Italy."

Before welcoming her son last year, Ashley Graham has been vocal about motherhood and even shared a powerful picture of herself while in labor.

The TV presenter wrote, "The greatest pain I've ever known and the greatest accomplishment that I've ever achieved."

READ MORE: 'Keeping Up with the Kardashian' Cast Caitlyn Jenner: Will She Appear on 'Sex and the City' Reboot?