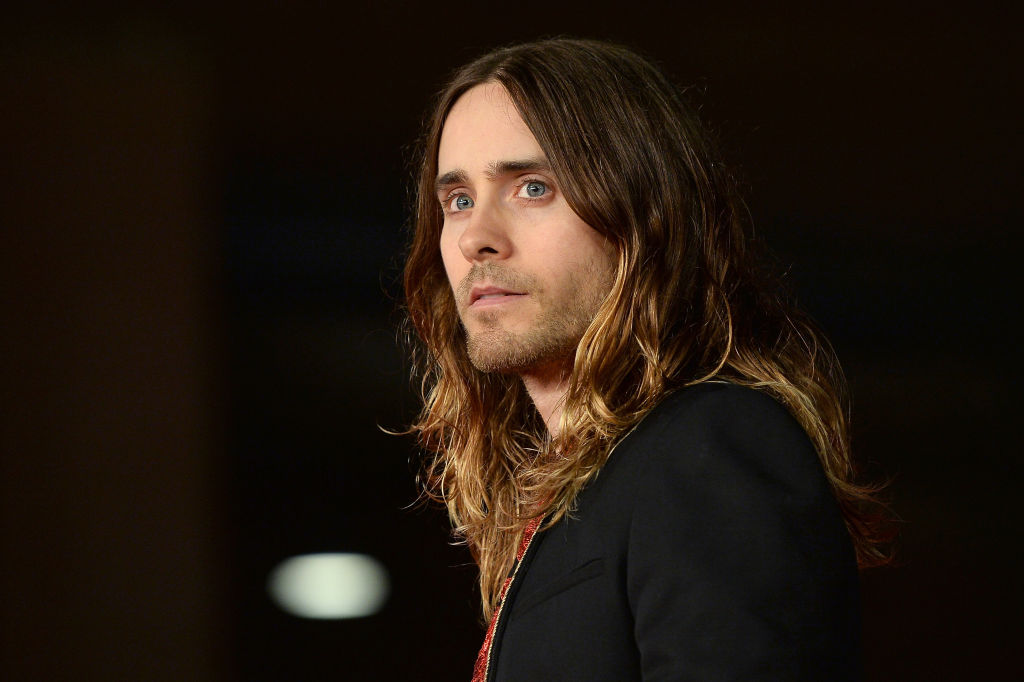 Fans are anticipating the much-awaited "Justice League" Snyder Cut movie to air this March. Ahead of that though, Vanity Fair has released exclusive images of Jared Leto as the Joker.

The villain looked more like a waking nightmare than a crime lord in the black and white photos. Snyder's Joker is utterly different from David Ayer's version in "Suicide Squad."

Gone are the tattoos that defined the villain in "Suicide Squad" because currently, Joker is seen with long hair and wearing a hospital gown.

The famous bad guy also sported a bulletproof vest with law enforcement badges--an entirely new element Snyder has decided to add to "Justice League" as he completed the original version of the DC Comics lineup.

One Twitter user said, "Crazy what erasing some dumba- tattoos can do!"

Another gushed about the director, saying: "What has been revealed of his plan sounds extraordinary." He continued, "Zack Snyder's 'Justice League' is going to be great. Good use of 4 hours."

Some are incredibly excited for it to be released: "Can't wait to see the full potential of Jared Leto's Joker and for him to interact with Batman properly finally."

Another fan said, "Zack Snyder's 'Justice League' has the potential to change the entire landscape for DC films. #Joker will be a big reason for that.

"I think this part in the #SnyderCut will be nothing less than iconic."

Originally, Jared Leto's clown prince wasn't supposed to be part of Snyder's cut for "Justice League." This was when he walked away from the 2017 movie after clashing with Warner Bros. and attended personal problems.

But luckily, HBO Max offered Snyder to make his cut for "Justice League," so he added a few things to complete the movie--and Batman's nemesis, Joker, is undoubtedly one of them.

The filmmaker revealed to Vanity Fair, "The Joker is the only thing that I thought of in retrospect. But I will say that it was always my intention to bring Joker into the world."

Joker is set to appear in the movie opposite Ben Affleck's Bruce Wayne.

"The cool thing about the scene is that it's Joker talking directly to Batman about Batman," Snyder added/

The director also explained that the upcoming Joker scene in the new movie would answer a question that many DCEU fans asked after watching "Batman v Superman: Dawn of Justice." It links to why Bruce Wayne had a Joker card taped to his gun.

Other DCEU cast members will be joining "Justice League," including Jason Momoa and Gal Gadot.