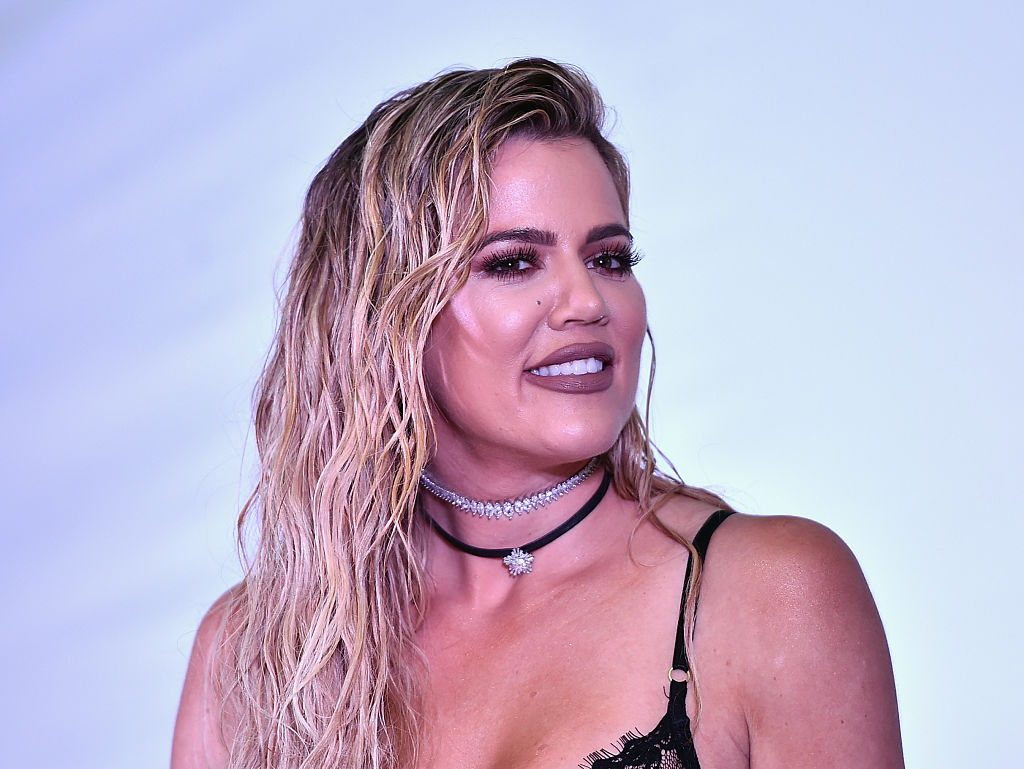 Amid the ongoing drama surrounding the Kardashian-Jenner clan, Khloe brought some positivity through a new post.

On Sunday, the "Keeping Up With The Kardashians" star posted a photo of herself while kneeling on a patio.

She dons a black bikini top and bottoms from SKIMS and complemented it with khaki boots from her Good American brand's new collection.

While her outfit is truly attention-seeking, the giant diamond ring on her ring finger took most of the spotlight.

Fans and colleagues then began bombarding the comment section with questions about whether the KUWTK star is already engaged.

The ring in question is a pear-shaped diamond with two smaller pave diamonds on its side. According to the Director of Communications at JamesAllen.com, Shannon Delany-Ron, the ring seemingly contains nine to 10 carats.

READ ALSO: Keeping Up With The Kardashians: 3 Massive Revelations in 'KUWTK' Final Season

Though this sparked engagement rumors, it was not the first time Khloe ever wore a similar ring.

In June 2020, she also wore a diamond ring during her 36th birthday. However, during that time, she did not comment on any engagement speculation back then.

The recent rumor came after the couple hinted that they want to have a second child together.

An insider even told People that they want to give True a sibling already.

"Khloé and Tristan still want to give True a sibling. It's a big priority for both of them. They really want it to work out. Khloé is spending most of her time in LA while Tristan is working in Boston," the insider said.

Although Khloe visits Boston, she made it clear that she does not want to live there. She also considers True's well-being since she loves playing with her cousins in Los Angeles.

Khloe and Tristan dated in September 2016. In December 2017, the reality TV star that she was pregnant with their first child.

However, it was not smooth-sailing at all as Tristan caught himself in the middle of controversies. He reportedly cheated on Khloe multiple times, including an infidelity issue with Kardashians' family friend, Jordyn Woods.