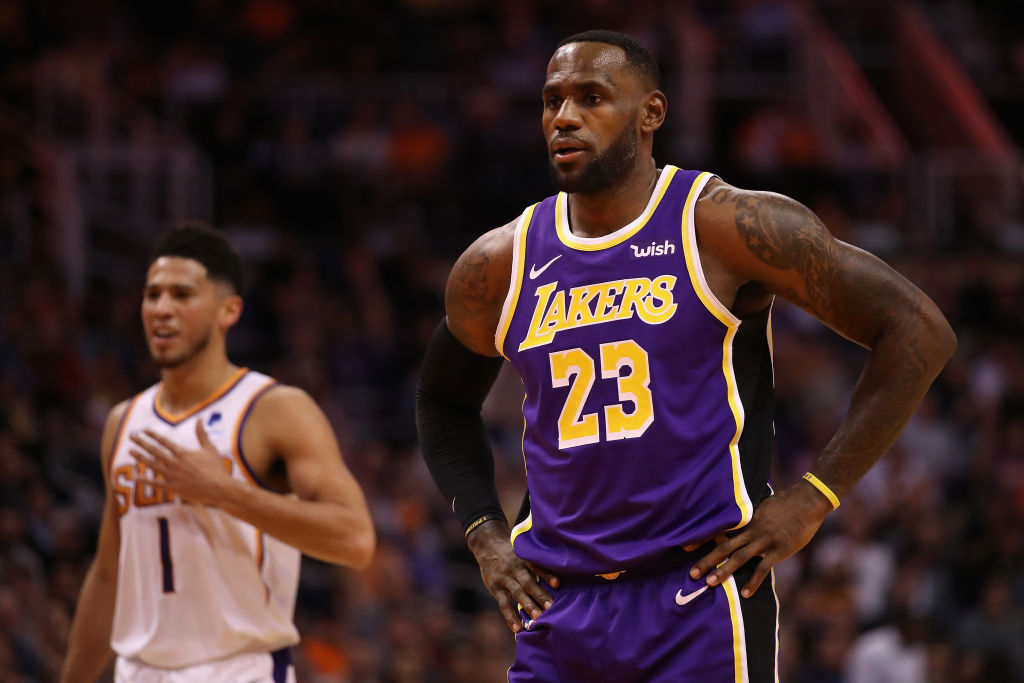 LeBron James is not happy after finding out the names for the NBA All-Star Games.

In a tweet he sent out on Tuesday, the Los Angeles Lakers defended Devin Booker, saying he "is the most disrespected player in our league!!! Simple as that."

Devin Booker is the most disrespected player in our league!!! Simple as that.

Booker, who is dating Kendall Jenner, was one of the top snubs in the Western Conference.

Huge names like Zion Williamson, Anthony Davis, Damian Lillard, and Chris Paul were all picked aside from the 24-year-old standout guard.

James is outraged and really believes that the Phoenix Suns star was extremely deserving of making it to the All-Star team this year.

But as per Clutch Points, James' teammate Anthony Davis is currently injured, so it's possible that his spot on the Western Conference will be filled by somebody else - and it may even be Booker or San Antonio Spurs' shooting guard DeMar DeRozan.

However, the Phoenix Suns have struggled for the most part since Booker joined the team a first-round pick in 2015.

But his team has won nine out of ten.

But apparently, it seems like those aren't enough for the NBA coaches who voted for their top seven reserves to represent their respective conference in the game.

LeBron James wasn't the only one furious about the reserves. Blazers guard CJ McCollum also slammed the league when Devin Booker was left out.

But it doesn't stop at Booker - because LeBron James believes that Damian Lillard should've been named a starter for the All-Stars.

He said that Lillard is the second most disrespected player in the NBA, just behind Booker.

LeBron James and Kevin Durant will be the team captains for the event, airing on March 7, 2021.