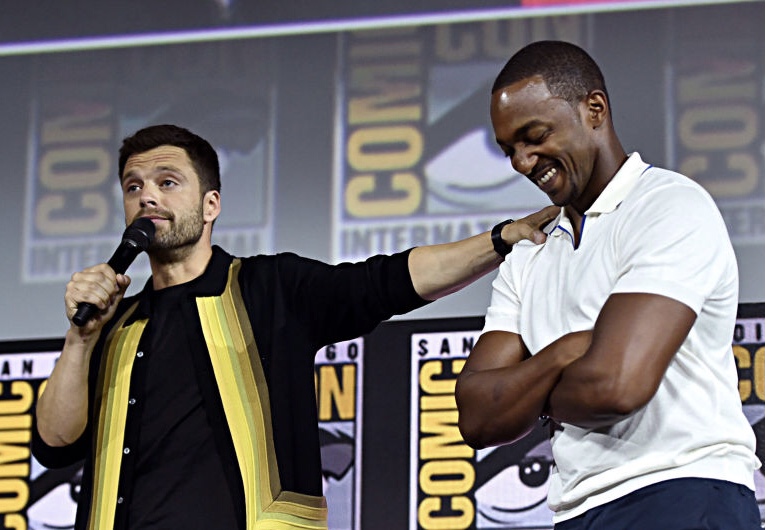 Critics already offered their early reaction to the first episode "The Falcon and The Winter Soldier," and the statements heated the floor for the series even more.

Following the "WandaVision" on the list, "The Falcon and The Winter Soldier finally arrived on the streaming platform to continue the Marvel project on small screens.

Initially, the series was set to be the first MCU Disney+ show, securing a debut date in August 2020. However, due to the coronavirus pandemic, it halted its production and ended up pushing back its arrival.

Still, MCU fans kept their hopes up and waited for the series as it will continue Sam Wilson and Bucky Barnes' stories.

As Anthony Mackie and Sebastian Stan will finally spearhead the series, critics took their time to share what they currently think of the second MCU Disney+ series - especially since it will explore the trauma the world faces after the Blip in "Avengers: Endgame."

Critics Reacted on "The Falcon and The Winter Soldier" [Reviews]

Ahead of the official release of the series on Disney+, multiple journalists already shared their feelings about "The Falcon and The Winter Soldier" after luckily seeing the first episode.

The Editorial and Executive Director of ScreenRant, Rob Reyes, offered a non-spoiler comment about the first episode.

"The first episode of Falcon and The Winter Soldier has a 7-8 minute opening action sequence to kick things off, then it becomes a refreshing reality check post-Endgame of what life for real people is like in the MCU," he wrote on Twitter.

Per Davis, the first part of the series showed a more dramatic plotline than what he ever expected. Still, he noted that the first episode already served the best Falcon action the fans have seen yet.

The balance between the action scenes and the story itself also added more points to the series.

"What I love most about this series & #WandaVision too is that you just get to know these characters on a level that instantly brings you closer to them than you've ever been before. Both Falcon & Bucky are going through some heavy stuff in this one, that's for sure," he went on.

In addition, he applauded how Marvel Studios opts to focus on the little details that were never talked about in films.

Gizmodo and io9's Germain Lussier seemingly became one of the editors who felt emotional during the heightened action scenes on "The Falcon and the Winter Solider.

In his short but satisfying statement, Lussier warned that the series will "dig deeper" as it explores the characters' stories after the Blip.

The Falcon and the Winter Soldier (Alberto E. Rodriguez/Getty Images for Disney)