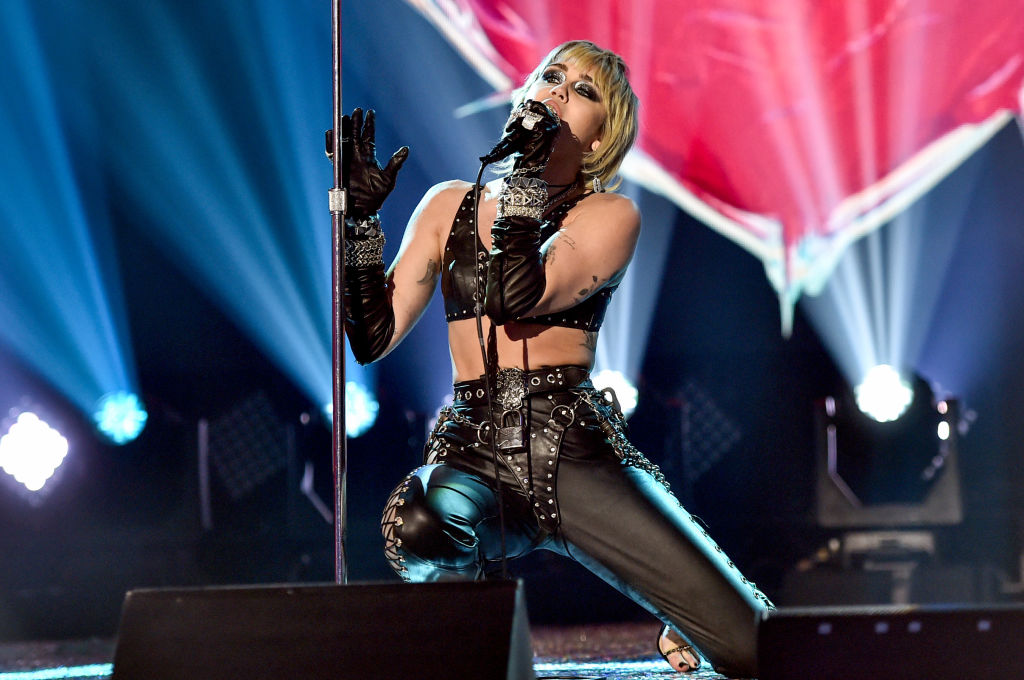 Director James Gunn and Miley Cyrus recently had a nice Twitter chat which made fans hoping for another cameo scene from the star in the forthcoming Guardians of the Galaxy Vol. 3 film.

Guardians of the Galaxy Vol. 2 was released in 2017, and it featured a sad ending for Yondu (Michael Rooker). At the climax of the film, Star-Lord's surrogate father is given a typical Ravagers funeral, which attracts a huge crowd. Sylvester Stallone portrayed Stakar Ogord, Michelle Yeoh portrayed Aleta Ogord, Michael Rosenbaum portrayed Martinex, Ving Rhames portrayed Charlie-27, and Miley Cyrus portrayed Mainframe. She appeared as a disembodied robot head

The word Mainframe in the comics is used for many separate characters. The version of Cyrus is a gender-swapped of the one that hails from Earth-691. It's  the same parallel universe where Yondu's original Gurdians of the Galaxy live in the comics. This version of Mainframe is a hypothetical, alternative version of the Avenger known as Vision, who transforms into the shape of Mainframe and serves as the operating system for an entire world.

Watch Miley Cyrus Cameo Scene at Guardians of the Galaxy 2

Miley tweeted earlier this week, "Who remembers Miley playing 'Mainframe' in 'Guardians Of The Galaxy 2'?" The tweet unexpectedly received a brief response from Gunn who said "Me." Cryus responded with a robot face emoji, "I miss u guys so much." Gunn added, "#RavagersForever"With a screenshot of Sean Gunn (Kraglin) from the scene.

Check out the following tweets:

Gunn recently responded to fan questions about the Vol.3 of the film on social media, announcing that the screenplay has already been "written" and that most of the production heads have been recruited.

Gunn currently works on Peacemaker for DC and HBO Max. Guardians of the Galaxy Vol. 3 will be his next project.

Would you like another cameo from Myley Cyrus for the Vol. 3? Let us know in the comments below: