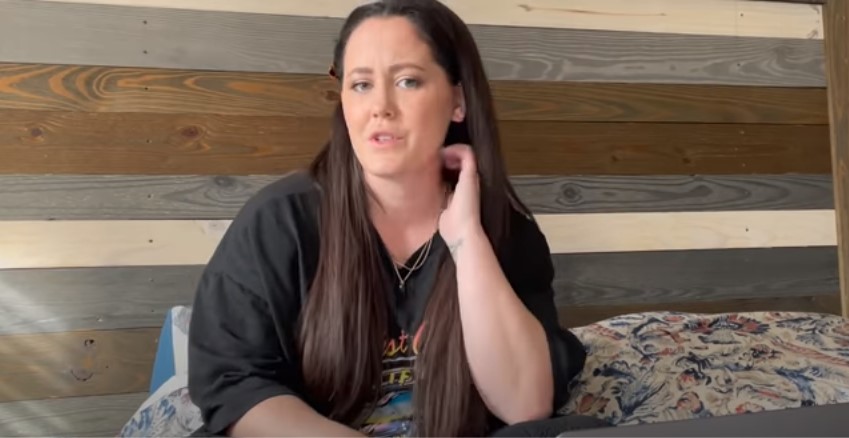 [Updated ] Jenelle Evans has been actively seeking answers about her unexplained health problems since three years ago, and now she's speculated that her symptoms may be caused by a rare nervous disease.

In a video posted to YouTube on Monday, the "Teen Mom" actress shares she has unexplained health problems, which started in 2018. Since becoming worried about the "popping" she'd been feeling in her ear, she went to a neurologist in New York City and underwent examinations. The findings were irregular, but not so abnormal to be worrying, she said.

"The doctors really couldn't figure out my weird symptom," the actress added. Fast forward to September 2020, Evans said that she has developed a serious neck problem where her neck seemed to snap over and over. It was a nightmare and it went on for months after months.

The popping in her neck would happen "ten times a day," according to the reality star, and she would even get headaches. Her neck was scanned with an MRI machine, but the findings were inconclusive.

Evans went to see a neurologist, who she said had been monitoring her nerve and muscle reaction for "four or five months." The doctor concluded that there was a problem with her spine based on the findings.

READ ALSO: 'Teen Mom 2' Photos: Check Out All Of Jenelle Evans' Halloween Pics, Plus Her Heartfelt Message Of 'Thanks' To Supporters [VIDEO]

Evans then had a CT myelogram diagnostic procedure, which uses dye to find problems in the spinal canal. She was advised the surgery would be "painless," but she said she felt "excruciating pain" and "had to get emergency medical attention." She had been bedridden for two weeks and had yet to offer an explanation as to what was causing her discomfort.

According to Evans, another MRI on a separate region of her back yielded "pretty worrying" results.

Evans discovered syringomyelia as she looked up her symptoms on the internet. It can be caused by a variety of things, and she thinks it's the most accurate diagnosis for her problem.

The actress believes that her symptoms most closely corresponds to her illness. "It's chiari malformation - a condition in which the brain tissues protrude into your spinal canal. I'm having a lot of neck pain and I'm having the neck cracking all the way right here where the base of my skull is and a little bit above my collarbone."

She added that she's unsure what's up with her throat, but whatever it is has clearly resulted in a cyst, which is not healthy. "That's not good. None of this is good," she said.

The reality star, however, made it clear that she could not make any assumptions without first consulting her doctor. She has expressed her expectation that medical professionals will be able to diagnose her illness as soon as possible because she has pending projects.