Prince Philip Funeral: Why The Royals Will Break One Important Tradition Approved By Queen Elizabeth

Prince Philip passed away on Apr 9 at the age of 99.

There are many preparations for Operation Forth Bridge just ahead of his funeral scheduled to take place on Saturday, Apr 17.

All royal family members are expected to wear their honorary military titles as part of the tradition; however, Queen Elizabeth II has decided to shake things up to avoid attracting more drama to her husband's special day.

In a Daily Mail report, Her Majesty made a last-minute decision that instead of their military uniforms, senior royals will have to wear mourning clothes to present a united family front.

It is believed that this is the second time the royal family members will be wearing their uniforms to the funeral in more than a century.

Queen Elizabeth II decided and approved the decision because she wants to show family unity and spare her grandson and son from public humiliation.

An insider revealed to the Daily Mail, "There was the risk of real embarrassment."

Now, the Royal Household is worried that if Prince Andrew were denied to wear his military uniform to his father's funeral, he and Prince Harry would have been the only people wearing civilian outfits who offered their services to the military.

Royal aides and advisors are racked by concern that Prince Harry, who was forced to give up his honorary militarytitles after quitting his senior royal roles and moving to the US  with his wife Meghan Markle, will be the only senior royal who is not going to wear his military uniform.

It is expected that the 36-year-old dad of Archie Harrison would have worn his Blues and Royals dress uniform on Prince Philip's funeral, similar to what he wore on his wedding day in May 2018.

However, he is a former captain with the Household Cavalry, so the Duke of Sussex is still entitled to only wear a suit and the medals awarded to him during his service or awarded by the Queen. 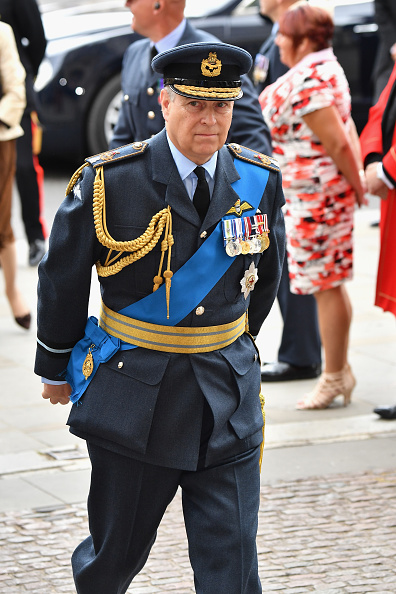 The issue was also intensified when Prince Andrew demanded to wear the admiral's uniform, a position that he gave up after stepping back from public duties following his ties and connection to Jeffrey Epstein.

However, the Duke of York has not been stripped of his honorary military titles and continues to be the vice-admiral in the Royal Navy.

Meanwhile, Prince Charles, Prince William, Prince Edward, and Princess Anne would have been, by convention for a royal ceremonial funeral, wear their full military uniform.

Did Prince Philip have a secret love child?

Queen Elizabeth II faced another heartbreak at the very beginning of 2022, and royal fans got worried she still carries the burden of Prince Philip's absence alone until now.

Reports were saying that Prince Harry and wife Meghan Markle could likely reunite in person with Queen Elizabeth for a reunion with the rest of the Royal Family.

The longest-reigning monarch reportedly had a hard time spending the holiday season; what could be the reason?

All know that this year will be the first Christmas Queen Elizabeth will be celebrating without Prince Philip, after his passing, but this was never the first time she spent without him.

Queen Elizabeth is reportedly coping with heartbreak as Christmas is fast approaching with Prince Philip's death still fresh on the Queen's mind.

Queen Elizabeth In Pain: Monarch Previously Failed To Spend Christmas With Prince Philip Before His Death

Queen Elizabeth II was not able to spend another Christmas with Prince Philip previously before this year, but she delivered a heartfelt message to him at that time.

Author Judy Wade previously revealed Duchess Camilla's role to Prince Charles and his children whenever they're having an argument.