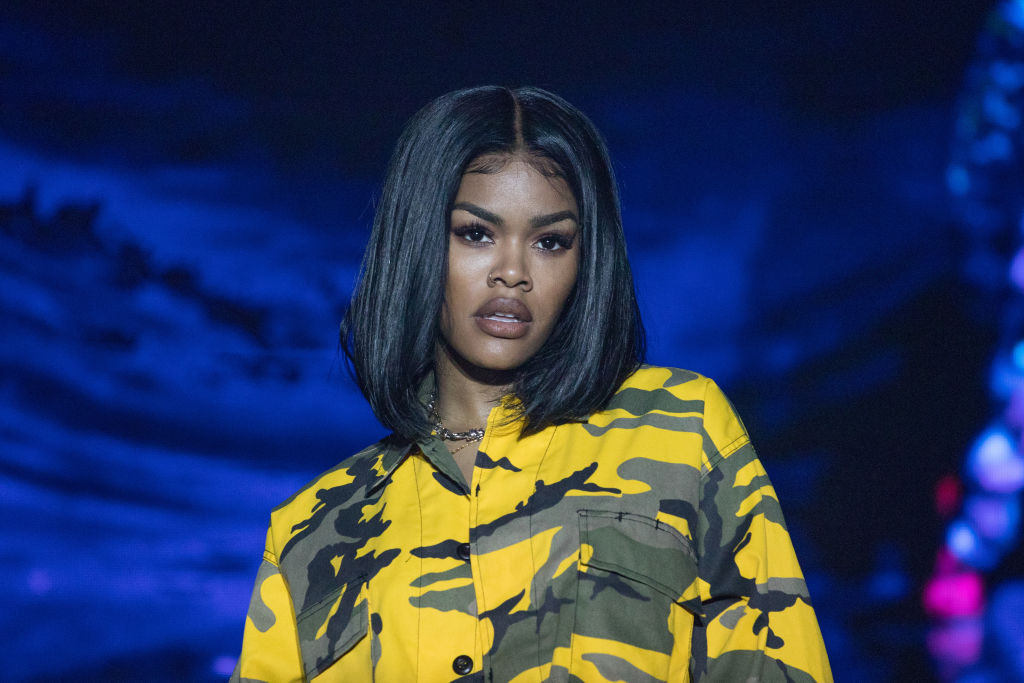 Teyana Taylor and Brandon Jennings had a very controversial breakup in 2014.

In 2016, the "How You Want It" hitmaker went on "The Wendy Williams Show" to talk about her heartbreak and bad feelings toward her ex-boyfriend and best friend Tae Heckard, who were allegedly hooking up behind her back and also welcomed a baby together.

Taylor said in the interview about Heckard, "I ain't seen her since."

"But most importantly, remaining a good person and allowing myself to love again is why I am, where I am. I have a beautiful baby and I have a wonderful husband and I'm just very excited."

After that appearance, the basketball player felt compelled to defend himself.

He went on Twitter to respond to what Taylor had to say, saying, "The lie is always better. No one cares about the truth. Now that's drama!"

He continued, "I still don't understand how you can steal someone's man?"

Jennings made a follow-up saying, "People still talking about a situation we let go 3 or 4 years ago! Let it go like we did. Before we put that phone conversation out."

How Is Teyana Taylor Doing After Her Breakup With Brandon Jennings?

They welcomed their first child together and later revealed they got married in 2016.

According to reports, the couple met in 2014 when they were still healing from a breakup.

The "Wake Up Love" singer had reservations at first but later became friends and eventually started dating.

In 2015, they announced they were expecting a baby, and later that year, they welcomed their daughter.

The couple first made their first red carpet appearance at the 2015 "Nickelodeon Kids Choice Sports Awards."

They are still happily married up to this day, based on Teyana Taylor's Instagram page, where she posts cute pictures of their kids and her husband.

READ ALSO:Jennifer Lopez Engagement Rings: Did Alex Rodriguez Give The Most Expensive Rock?

Where is Brandon Jennings Now?

He is currently single, with his last relationship being Khloe Kardashian's best friend, Malika Haqq.

Jennings has had a rough time with NBA games, playing for different teams every year.

His last NBA team was the Washington Wizards in 2017 before accepting a one-year contract with the Shanxi Brave Dragons of the Chinese Basketball Association.

Later on, he was acquired by the Wisconsin Herd of the NBA G League, then signed a 20-day contract with Milwaukee Bucks in March 2018 and a multi-year contract by April. However, he was waived by the team in August 2018.

Brandon Jennings signed a one-year deal with the Russian team Zenit Saint Petersburg for the VTB United League, but his contract was terminated in November 2020 after playing only ten games.

Currently, he busies himself with his clothing line,Tuff Crowd.