John Travolta, the legendary actor just opened up about the historic moment when he and Princess Diana danced together at the White House. He described it "like a fairytale."

One of the most famous moments in history is a photograph of them dancing from a 1985 White House state dinner hosted by then-President Ronald Reagan and First Lady Nancy Reagan. The actor famously asked the princess to dance with him. 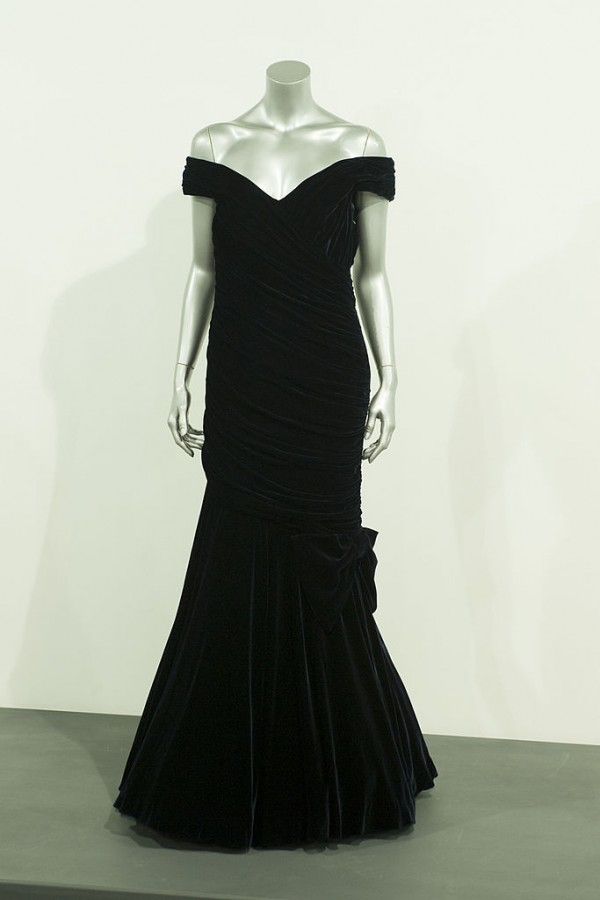 (Photo : Getty Images)
LONDON, UNITED KINGDOM - MARCH 15: Victor Edelstein Midnight Blue Velvet Gown worn for a State dinner at the White House when Diana danced with John Travolta in November 1985 is displayed at a photocall ahead of the the 'Fit For a Princess' auction on March 15, 2013 in London, England. 10 dresses from the collection of Diana, Princess of Wales are to be auctioned by specialist Kerry Taylor. (Photo by Simon Burchell/Getty Images)

READ ALSO: 'Spencer' Movie: Perfect Actor to Play Prince Charles Opposite Kristen Stewart's Princess Diana Revealed
"Who could ever imagine something like that would happen to them someday? I was smart enough to stamp it in my memory as a very special, magical moment," People quoted Travolta as saying
The 67-year-old Grease star revealed to Esquire Mexico that he had made no plans to dance with the late Princess of Wales.

During an interview with Dutch television station één, Travolta revealed that Nancy Reagan told him Princess Diana wanted to dance with him.

While the actual dancing was the "easy part" and "a great privilege and honor," Travolta admitted that summoning the confidence to ask the royal to join inwas a lot more nerve-wracking.

'Introducing myself to Diana in the proper way, conveying assurance, and asking her to be my dance partner was a complicated mission," he told Esquire

In a 2007 interview, the actor said that dancing with Princess Diana "saved" his career, as he went on to star in films like Pulp Fiction and Get Shorty.

"Suddenly, I was the only thing that mattered in America to Princess Diana. I was like 'Wow! I matter to someone again,'" he told Daily Mirror.