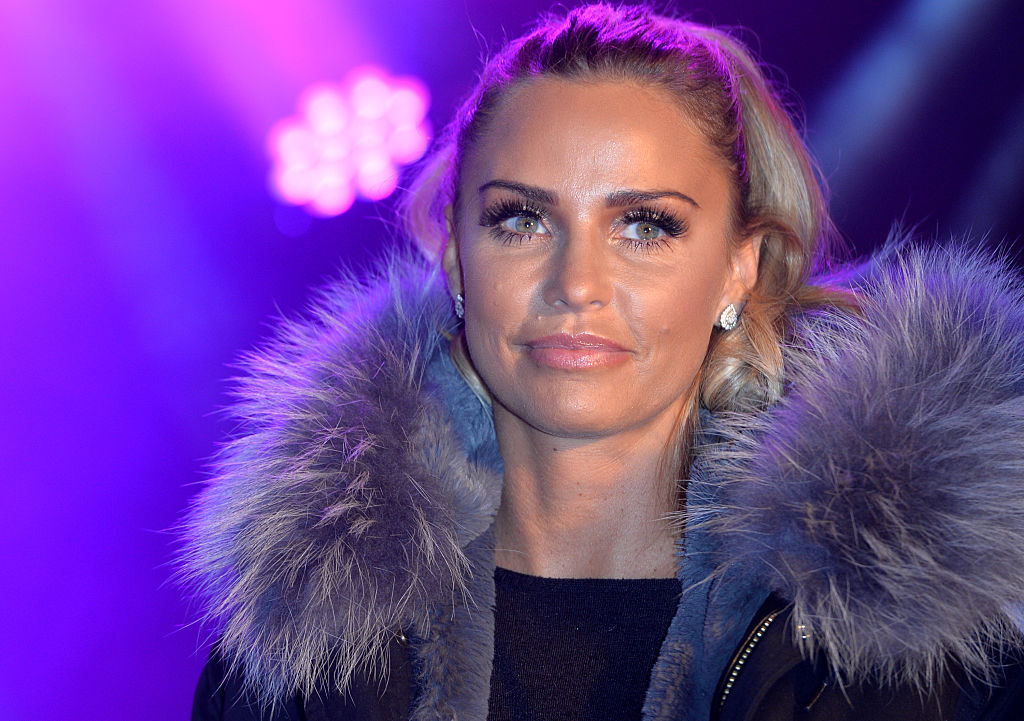 Katie Price made an online blunder after she accidentally spilled critical information about her life.

Price surely regretted using her social media account this week as she accidentally put her son's life in danger with a single mistake.

In a screengrab by news.com.au, it shows a since-deleted photo posted by Price on her Instagram account. The 43-year-old "Angel Uncovered" author captured a photo of her son Harvey as he stands outside his home.

The 19-year-old currently suffers from Prader-Willi Syndrome. According to the official website of the Foundation For Prader-Willi Research, the genetic disorder causes life-threatening obesity by causing insatiable hunger. Other characteristics include extreme obesity, intellectual disability, and hypotonia, among others.

Unfortunately, Price needed to take down the photo after her fans called her attention to the address on the wall's plaque.

As of the writing, some news outlets still keep the photo while Price's fans continuously plead for everyone to delete it.

Harvey currently lives in a three-bedroom house as he waits until he can move into a new residential college.

Where is Katie Price's Son?

Back in January, Price publicized the current situation Harvey is in. One of her YouTube videos showed the home she brought for Harvey where her son can get all the things he needs.

"I've been doing it up for him before he goes to residential to get him used to the transition," she said. "And yes he's already made some holes in the walls and stuff. I keep plastering and trying to stay on top of everything to make it a nice home for him.

The beautiful life of Harvey has been publicly known for years. Recently, Price conceived her sixth child with 32-year-old "Love Island" star Carl Woods. She has been expecting it after spending their holiday in Portugal.

Katie Price Wants to Adopt A Little Girl, Too

Despite her already growing family, Price still wants to add someone into her life.

Katie Price has announced she would love to adopt a two-year-old girl who is at risk of being raised in permanent care.

Recently, a Devon-based adoption agency released an appeal to find a home for little Olivia due to the possibility of her facing a lifetime of permanent fostering. The little girl, like Harvey, deals with health disabilities which causes her to need a family even more.

The agency already looked into 50 possible adoptive families after releasing a final plea for a permanent home, and among them is Price.

It remains unknown whether Price would be able to get a hold of the child. But her fans surely know that Olivia would be in better hands with the model.

READ MORE: Was Marilyn Monroe Murdered? Frank Sinatra Believes Drug Overdose Was NOT The Real Cause of Death