For a hot minute, everyone thought Hailey Baldwin Bieber was pregnant after Justin Beiber placed his hand on her tummy while gracing the MET Gala. Naturally, fans with keen eyes took this as a hint that they're going to announce a pregnany soon.

Since it now appears that Hailey is world's away from having a baby bump. it is being speculated that the "sign" that led to this assumption was carefully executed by the Canadian singer. Did he deliberately want people to talk about them being a baby?

The Biebs sparked major pregnancy rumors this week when he placed his hand on Hailey's tummy -- albeit only for one tiny second -- as the couple was posing for pictures at the star-studded Met Gala. 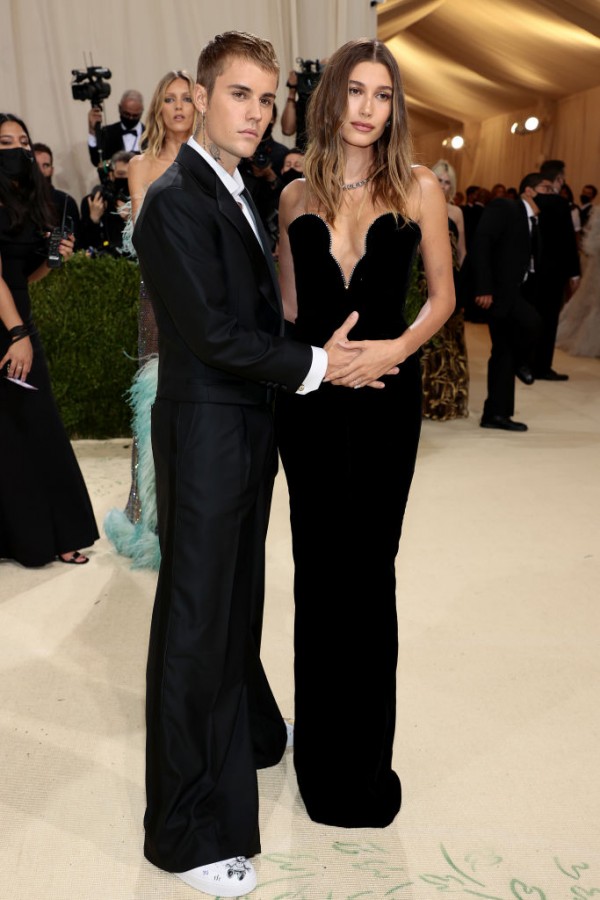 Netizens made sure to get to the bottom of this by looking at more possible clues that their idols are now expecting a little one, but to no avail. TMZ is now breaking the news that they would not find anything and should not even wait for any sort of announcement because Hailey is not pregnant and Bieber's hand on her tummy could be an innocent gesture...whether deliberate or not though, this is the question.

According to the report however, Bieber could just be extra loving and caring that day because apart from the fact that this is the first time they have ever attended a MET Gala together, the day also falls on their wedding anniversary month.

It can be recalled that back on September 30, 2018, Justin and Hailey wed at a courthouse in then had a blowout wedding in South Carolina in 2019.

And then, Bieber could also be extra careful with Hailey because the event was also full of Selena Gomez fans. Some fans actually could not move on - they are still hurting that Bieber has already married and not to Selena Gomez. At the MET Gala, there was a point when some in the crowd kept chanting "Selena" to Justin and Hailey.

Selena Gomez herself wasn't at Monday's Met Gala, but fans of the singer and actress were, and would not waste a golden opportunity to make their presence and ongoing ire, known. On the viral video where the whole scene of them shouting Selena over and over again, it can be seen that Justin Bieber and Hailey Baldwin just acted as if they did not hear anything as they walked the fête's red carpet Monday night.