If she did not want glaring attention, Meghan Markle should not have worn red. She shoud also have not worn the red that Michelle Obama did on President Joe Biden's inauguration in particular. While the ex first lady was lauded on her outfit choice that day, Markle is mocked and ridiculed. Some said she's a copycat, some even joked that she's merely "cosplaying."

What Did Meghan Markle Wear?

Meghan Markle channeled Michelle Obama's style on Friday as she walked out in New York in a monochromatic maroon suit, which was described as being very similar to Michelle Obama's much-lauded appearance during President Joe Biden's inauguration. 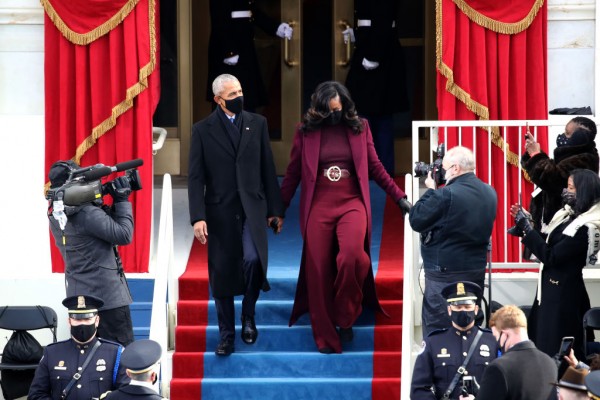 In her berry-colored outfit of choice, Markle looked to be emulating Obama, 57, and Twitter users took note, with one person joking that the princess was "cosplaying Michelle Obama on Inauguration Day."

Not that Markle "just copied." She also put a lot of thought in her outfit. Compared to Obama's, Markle's monochrome suit was more casual, which was likely due to the fact that she would be sitting and reading a book to schoolchildren. Her reversible coat is made of double-faced cashmere and has hand-finished undetectable seams. 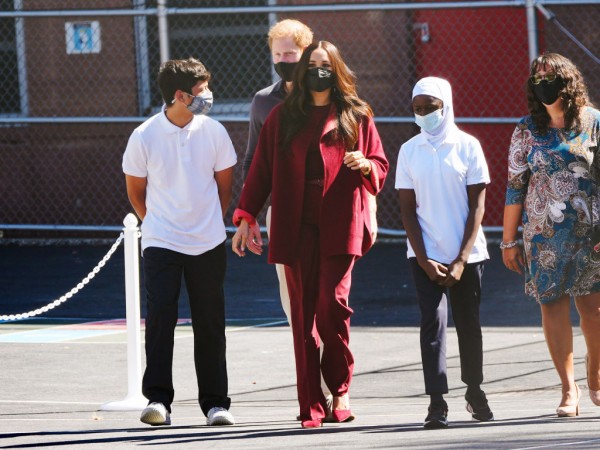 It also has a removable ribbed cashmere-knit collar. Markle had her sleeves cuffed to expose the fabric on the opposite side of the designer coat, which was baggier and less structured than Obama's coat. Its pockets, which were enclosed with a brighter shade of square-shaped lining, were another distinctive feature.

Michelle Obama Has an Advice for Meghan Markle

While Meghan Markle and Prince Harry have always been described as fans of the Obamas, and at some point, described as even being friends with each other, the latest news about them were more on the negative side.

First, the Obamas did not invite them to Barack's birthday celebration. Nuemours writeups emerged as to why, with most claiming it's because Meghan Markle and Prince Harry are hardly A-list people.

Second, after Meghan Markle tagged the palace as being racist towards her and her baby during her and Harry's bombshell interview, reports had it that both Barack and Michelle Obama frowned at what they did.

A royal journalist reported that that former President Obama and First Lady Michelle are distancing themselves from the Sussexes after that very generous interview.

Camilla Tominey told the Telegraph, "It arguably will not have gone down well with a couple who have always put 'family first' to see Harry and Meghan being so openly critical of their royal relatives during their Oprah interview in March.

"When it comes to Harry and Meghan, it seems, the former president and first lady remain firmly of the view that blood is thicker than water," she added.