Several years following a falling out with her family in Detroit, Jenny (Eleanor Lambert) is now a young mother living away from home, stuck in an unhappy marriage. After a call from her aunt Joan (Claudia Black), Jenny finds herself back home in Detroit mourning her twin brother's sudden death. Seeing her family caught up in their dreadful past, Jenny goes on to discover the person her brother was on her own. Immersing herself in her late brothers' eclectic group of friends, the scene he belonged to, and the urban playground that is Detroit, Jenny comes to the realization that her brother's death is not what it seems. 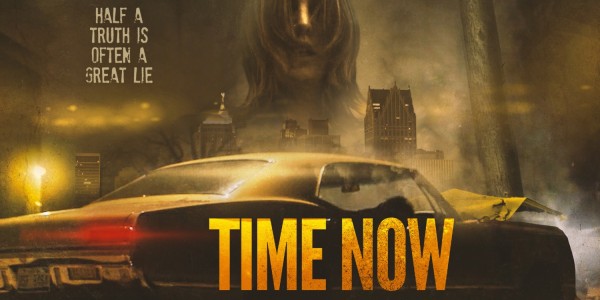 TIME NOW will premiere in the marquee category at the Austin Film Festival later this month.

TIME NOW coming to theaters and available on demand October 26.

RELATED ARTICLE: Disney Announces a Return to Theater Only Releases

Tags: Trailer Movies
© 2021 EnStars.com All rights reserved. Do not reproduce without permission.
Most Popular
You May Also Like

Fans of murder mysteries and crime thrillers rejoice! Sundance Now just released the trailer for "The Pact," a six-part British miniseries originally aired on BBC One. Written and created by Pete McTigue and produced by Little Door Productions, the thriller is about five friends who enter a fragile pact to stay silent when the son of the brewery owner they work for turns up dead.

The Book Of Boba Fett Trailer. You Come At The King, You Best Not Miss

Disney+'s The Book Of Boba Fett Is Looking Pretty Ganster

The Second Trailer For The Tragedy Of Macbeth