From Vancouver artist, multi-instrumentalist, composer, etc., Mark Jowett (Moev, Cinderpop,) comes the musical manifestation of his alter ego - Plain Mister Smith. This otherworldly figure is a sonic explorer of sorts, in photos, we see a mystical figure trotting down the street or paddling in a kayak. He's a global troubadour recruiting musicians on his mystery tour. Today he embarks on another crash-landing onto this earth, bringing with him the highly anticipated self-titled EP 'Plain Mister Smith.'

An early premiere with Under The Radar wrote: "Against a backdrop of alternative folk arrangements, chamber pop strings, and sweet indie pop melodies, Jowett crafts a world of both entrancing absurdity and dark poignancy, inspired by touchstones like Elliot Smith, Sufjan Stevens, and Portishead." 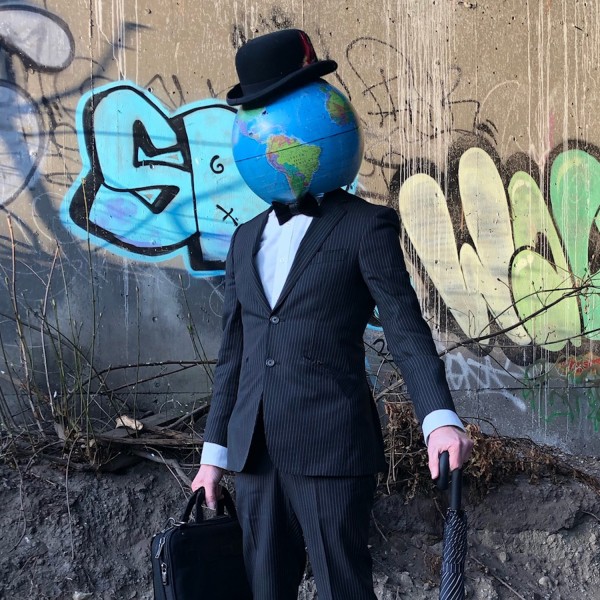 Lead single "Strange Strangers," was the first introduction to the whimsical Plain Mister Smith, where mesmerizing harmonies bloomed into a tapestry of alt-folk sounds. Followed by "The Rat," he touches on a darker side of humanity, exploring emotions of madness, alienation and self deprecation from an out-of-body POV. Final single, "Aliens Come Calling" is layered with ethereal harmonies that float against alternative folk and indie-pop musical intricacies, with orchestral elements by featured violinist, Sophie Heppel.

Over the course of a five-song saga, listeners experience a world of progressive and orchestral alternative music that brushes on ethereal folk and indie-rock with featured vocalist, Jordan Klassen, who delivers powerful melodies. Take a listen for yourself and experience the eccentric world of Plain Mister Smith.

The 'Plain Mister Smith' EP is out now via Popoganda Records

Tags: Music video
© 2021 EnStars.com All rights reserved. Do not reproduce without permission.
Most Popular
You May Also Like

The alternative hip-hop artist reflects on relationships, weaving experiences of relationships in Ireland, and injustice in Hong Kong, on the first single off his upcoming debut EP, ‘Heart Leak’.

Today Scarlett O’Hara releases the first part of their mini documentary series and gives fans a look behind the camera from their “Friction” music video shoot.

The Cecilia Chorus of New York Presents Margaret Bonds’s The Ballad of the Brown King: A Christmas Cantata and Handel/Mozart 'Vest-Pocket' Messiah

The Cecilia Chorus of New York Presents Margaret Bonds's The Ballad of the Brown King: A Christmas Cantata (text by Langston Hughes) and Handel/Mozart "Vest-Pocket" Messiah.

he rapper Young Dolph, 36, was just shot and killed in his hometown Memphis, TN.

‘There is one way to throw him off and we know what that is, we figured it out’

Ballerini and Chesney were revealed as early winners in two categories on GMA this morning.