GRATITUDE! In The Drama-Filled Life Of A Hollywood Actress Anya Taylor-Joy Reveals What She is Most Grateful For

25-year-old Anya Taylor-Joy has become one of the most sought after young women to work with in Hollywood in recent months. And it's no surprise why. After her limited series The Queen's Gambit became one of the most watched shows on Netflix during the pandemic her star has risen and then some, garnering her a Screen Actor's Guild award amongst her several other accolades. Most recently, she starred opposite newcomer Thomasin McKenzie in director Edgar Wright's psychological horror Last Night In Soho due out on October 29th..

Thankfully, the fame does not seem to have gone to her head. In fact, it seems like her love of acting is more than just a job for Taylor-Joy. In a recent interview with Entertainment Weekly, she expresses her epiphany of what acting means to her and what she came to realize about her career after the wildly successful role as Beth Harmon in The Queen's Gambit.

The thing I'm most grateful for is all of the success [The Queen's Gambit, for which Taylor-Joy won a Golden Globe for her performance as chess prodigy Beth Harmon] has really embedded into me what I already knew: I'm in this industry for the work. It's not because I'm ungrateful for any of it. It's so wonderful and really, really exciting. But at the end of the day, I just can't wait to get back to work. That's my driving force. I think I've fallen more in love with my work, if that was even possible. 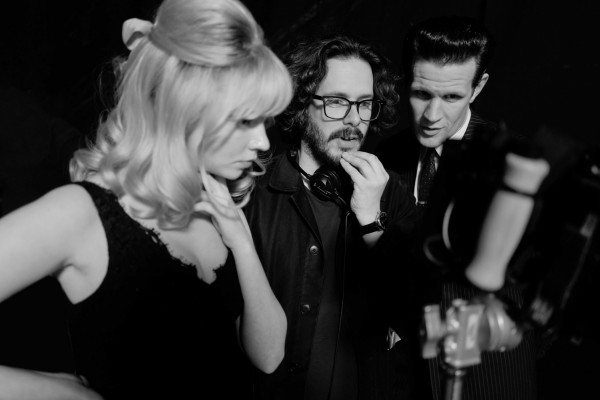 
Everyone should all be so lucky to find their passion at such a young age. Though, she understands that being an actor comes with learning to work in simpatico with those you are playing off of. Taylor-Joy goes on to discuss the relationship she formed with co-star McKenzie on the set of Last Night In Soho.

We just had a very sisterly bonds pretty immediately. There were many scenes where if Thomasin couldn't move, I couldn't move. If I don't move, Thomasin can't move. Getting into that almost meditative state with another actor where you're not just aware of what's happening in your body, you're acutely aware of what's happening in theirs, that was really fun for the both of us. We also just enjoyed having a sister in arms. We did a lot of night shoots on this very big movie. We were pretty tired most of the time. Having a friend to lean on was a good thing.

Anya Taylor-Joy shows the true spirit of what acting is. She knows the importance of work ethic, balancing a performance with those she works with, and most of all appreciates her career by realizing it is a job that will bring you as much enjoyment as one outs into it.

Tags: Movies anya taylor-joy Last Night In Soho
© 2022 EnStars.com All rights reserved. Do not reproduce without permission.
Most Popular
You May Also Like