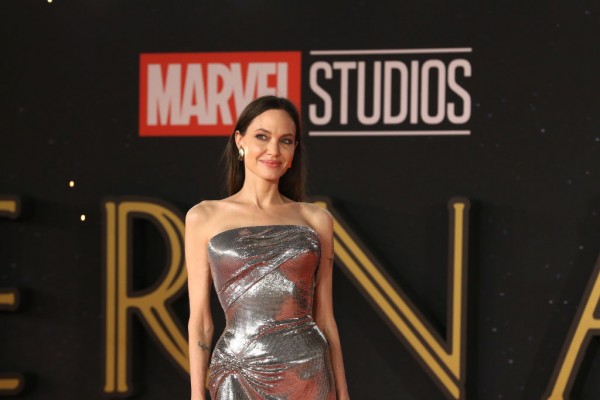 In quotes cited in The Hollywood Reporter, the A-lister said, "I'm sad for [those audiences]. And I'm proud of Marvel for refusing to cut those scenes out. I still don't understand how we live in a world today where there's still [people who] would not see the family Phastos has and the beauty of that relationship and that love. How anybody is angry about it, threatened by it, doesn't approve or appreciate it is ignorant."

Directed by Oscar-winning director Chloe Zhao, "Eternals" has been lauded for its diverse and inclusive cast, and for the film's director's wish to take the film in that direction. However, according to the same Hollywood Reporter article, sources claim that the inclusivity may have been a step too far for these Gulf Nations due to a scene where Phastos and his husband, Ben, played by Haaz Sleiman, kiss on screen.

In "Eternals," Jolie plays Thena, an elite warrior whose special power comprises forming any weapon using cosmic energy. In addition to her successful film career, Jolie is widely regarded for her humanitarian work, where she often advocates for helping refugees, conservation, education, and women's rights. Jolie's latest move to defend "Eternals" from anti-LGBTQ+ sentiments follows her track record of standing up for causes she believes in.

While audiences in Saudi Arabia, Qatar, and Kuwait may have a hard time watching "Eternals," audiences in the United Arab Emirates will not be affected. The film is still set for theater release on November 11, 2021.

Marvel's "Eternals" begins playing in theaters throughout the United States on November 5, 2021. For more entertainment news and commentary, check out Enstarz! We bring you the latest on your favorite celebrities, TV shows, and films.

Tags: Angelina Jolie Eternals Marvel Bryan Tyree Henry MCU
© 2022 EnStars.com All rights reserved. Do not reproduce without permission.
Most Popular
You May Also Like

Brad Pitt is reportedly linked to Swedish singer Lykke Li after they were spotted on a dinner date last week. The actor's rumored girlfriend only lives 3 minutes away from him.

Angelina Jolie and The Weeknd, are they genuinely mingling work and pleasure?

Speculations believe that Angelina Jolie is "trying to rack up massive bills" and let her ex-husband Brad Pitt do the job and pay.

Shiloh Jolie-Pitt surprised everyone with her transformation in the past months, but a recent fan-made photo highlighted how she is looking like Angelina Jolie and Brad Pitt now.

Think of the Children! From Kim and Kanye to Eminem: Celebrities Whose Children Have Gotten Caught in the Crossfire

Normally the who-is-staying-with-who or who-is-seeing-who drama is out of the public eye, but those who are staples of the limelight do not have that luxury.

Is Brad Pitt regretting that he agreed to divorce Angelina Jolie as the actress starts to have a blooming career with The Weeknd?

Angelina Jolie reportedly takes advantage of Brad Pitt's financial support to their children that she only wants him near because of his money.

Angelina Jolie Replacing Brad Pitt After 6 Years? Actress Only Wants to Date Because of THIS

Angelina Jolie is ready to mingle again years after filing for divorce from Brad Pitt.