Miranda Lambert and Anderson East may not be flaunting their romance publicly, but they are definitely going strong just months into their relationship.

According to a new report, the 32-year-old two-time Grammy winner, Lambert, recently traveled to Athens, Ala. for a meeting with East's parents -- and things went well.

“Everyone got along,” an insider told Us Weekly on Wednesday, revealing Lambert gifted East's mom anddad with a bottle of wine from nearby ABC Beverages. “Everybody loves them together.”

Lambert parted ways with former husband Blake Shelton in July of last year after four years of marriage, and in late December, her romance with East began (just one month prior, Shelton went public with his romance with Gwen Stefani, his co-star on The Voice). However, it wasn't until January when Lambert confirmed East was her boyfriend on Instagram. Since then, they've kept a low profile, which is a far cry from her romance with Sheton.

“She and Anderson go out in Nashville and nobody bothers them,” the source explained. “She could have never done that with Blake. It’s a much calmer, quieter relationship and she’s really happy. She thinks he’s cool and brilliant.”

As Lambert and East's romance continues, a second source recently revealed the couple has already discussed their future -- and plans for a possible family.

"They both have discussed wanting kids one day," a source told E! News in February. "When they are both not on tour, they are with each other. They video chat or text and keep connected every day."

In addition to having the common interest of music, Lambert and East have also bonded over their love of animals.

"Anderson loves all 15 of Miranda's animals," the insider shared. "They both are very into helping make a difference. Miranda is definitely in love with Anderson. She is in the best place of her life now and looking forward to the future!"

For more on Miranda Lambert and Anderson East's romance, check out the clip below. 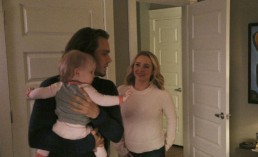 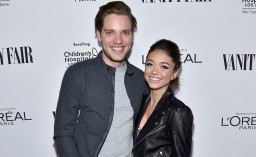 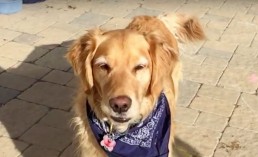 Dog Benefits: Why Is It Healthy To Own One? [VIDEO]