Following a trip to Miami earlier this year, in which she received a Brazilian butt lift, liposuction and a tummy tuck, the reality star and mother of two made yet another adjustment to her body with lip injections.

Earlier this month, Lowry and her ex-boyfriend, Jo Rivera, attended the MTV Movie Awards together, and while Lowry claimed things were “good" with Marroquin during the event, an insider claims she and Rivera later spent time together in her hotel room.

“Jo even stayed in her hotel room until 3 a.m., talking. She’s jealous of his fiancée, Vee [Torres], and will always have a special place in her heart for him,” an insider told In Touch Weekly magazine last Thursday. “Kailyn has been telling friends that she and Jo could still get back together."

Lowry and Rivera share one child together, son Isaac, 6, and she and Marroquin are parents to 2-year-old Lincoln.

In addition to claims of Lowry and Rivera's possible feelings for one another, the insider claimed Marroquin may have also stepped out of his relationship and into a romance with someone new.

“They were already having trouble, now Kailyn believes Javi cheated with a woman he’s been hanging out with,” they explain. “It’s definitely over. It’s sad, but it looks like they could wind up in a nasty custody battle [over son Lincoln, 2].”

Lowry and Marroquin have yet to confirm reports of a divorce.

For more Kailyn Lowry, tune into Teen Mom 2 season seven on Mondays at 10 p.m. on MTV, and check out a sneak peek of next week's new episode below. 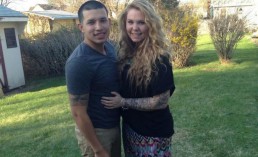 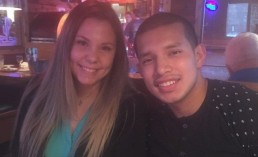 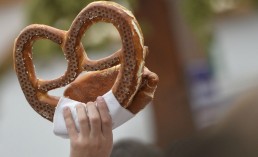 National Pretzel Day Deals 2016: Where To Get Free Or Discounted Salty Or Sugary Snacks [PHOTO]